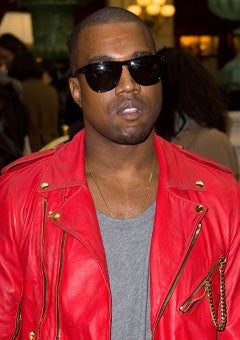 If you’ve been following Kanye West on Twitter, you’ve noticed that the brotha can tweet some ridiculous stuff. Though some of his tweets are angry and others are down right funny, Mr. West never fails to entertain his three-million-plus followers.

The first annual MTV O Music Awards honors artists for their online presence and recognized West with his own category, the Golden Kanye Award for best use of 140 characters. Here’s the punchline — only Kanye West was nominated! Check out all six of West’s nominated tweets and see which one took home the top prize…

2. “Dating models I had to learn to like small dogs and cigarettes”

3. “Is the Versace sofa too hood? Might need to cover it in plastic!!”

5. “I have decided to become the best rapper of all time! I put it on my things to do in this lifetime list!”

6. “I hate when I’m on a flight and I wake up with a water bottle next to me like oh great now I gotta be responsible for this water bottle” (WINNER)