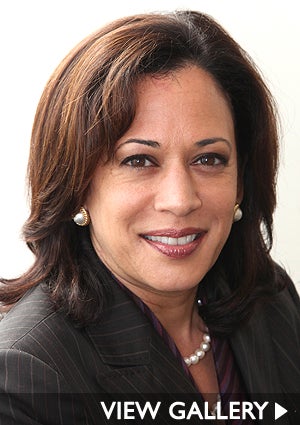 Much has been made about the victories of women in Tuesday’s primary elections, with news outlets declaring it “Ladies Night” and the “Year of the Woman.” In South Carolina, Nikki Haley moved a step closer to becoming the state’s first female governor, Blanche Lincoln won the Arkansas Senate runoff, while in California Meg Whitman won the GOP nomination for governor and Carly Fiorina for Senate. But there was also an exciting primary victory for an African-American woman–Kamala Harris, who won the Democratic nomination for California Attorney General. Currently the district attorney of San Francisco, Harris, who is also of East Indian descent, is a political superstar who has been hailed the “female Barak Obama.” Oprah Winfrey named her one of America’s Most Powerful Women. And she has a seriously impressive record: She’s raised San Francisco’s felony conviction rate to 67 percent, the highest in a decade, established a program offering education and job training assistance to ex-prisoners, and instituted a child assault unit to aggressively target sex offenders. “We have to be smart on crime,” Harris told me in an interview last year, on her philosophy to criminal justice, while running for the Attorney General nomination. “If we are truly going to achieve public safety, we cannot be confined to just reacting to crime after it occurs. We also have to be focused on preventing crime.” As Harris heads to the general election, she also has an influential supporter in her corner–President Obama, who called her on Wednesday to congratulate her on her primary election win. For more of Cynthia Gordy‘s Obama Watch stories, click here.