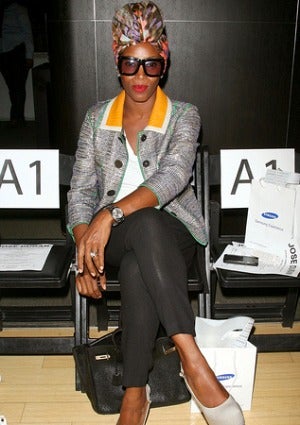 Whispers that stylist to the stars June Ambrose might be starring in her own reality show have been confirmed to ESSENCE.com. Since early this summer, there were unconfirmed reports that the celebrity stylist, whose clients include Jay-Z, Kanye and Chrisette Michelle, was poised to take part in a show similar to that of famed stylist Rachel Zoe. Now, her publicist has confirmed that those rumors are indeed true and Ambrose has inked a deal with VH1 for her own series. The show will reportedly follow Ambrose and her stylish family; manager/husband Marc, as well as her two style-savvy children, Summer and Chance. No word yet on when the show will officially launch.