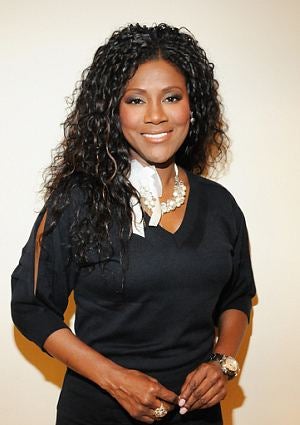 In 2007, gospel recording artist Juanita Bynum’s world was turned upside down when news leaked that she was the victim of domestic abuse at the hands of ex-husband Bishop Thomas Weeks, III. The 51-year-old “prophetess,” who will be performing at this year’s ESSENCE Music Festival, says she is still healing and has documented her pain into a new body of work titled “The Diary of Juanita Bynum,” which will be released early next year. She recently spoke to ESSENCE.com about her new EP “Soul Cry,” and her decision to sign with Matthew Knowles’ record company. ESSENCE.com: The first song from your forthcoming album “The Diary” comes out today. Can you tell us a little about “Soul Cry”? JUANITA BYNUM: The song “Soul Cry (Oh, Oh, Oh)” was birthed about two years ago when I literally could not take anymore. I was at the bottom of my soul had no more words. The only thing that was left was, ‘oh.’ [laughs] I went to the land called “Oh.” That’s how deep and dark my situation took my soul. I was at a radio station studio and the pain was so intense that I laid my face down on the table and started singing and that’s how that song was written. It all came out of my soul like that. No pencil, no writing, it just came to me. I believe that it will become the hurting women’s anthem. ESSENCE.com: You also recently signed with Matthew Knowles’ record company, Music World Entertainment. BYNUM: I chose to go with Music World because I believe that knowledge is power. If people look at look at my union with Music World from a secular vision, they would say Juanita Bynbum’s record company joined Mattthew Knowles’s record company. But if you are a spiritual person you would understand that what Juanita Bynum did was choose to become joined with wisdom. I believe that I sought the person that I saw had the wisdom it took to get the message that I was trying to bring to women across the world. This particular project is a healing agent, a power source. It’s not like anything I’ve ever done and I believe in order to get results from something your have never done you have to be willing to do something you have never done. I think it was a power move. ESSENCE.com: It’s been two years since your divorce. Do you touch on this in your upcoming album and the EP? BYNUM: Absolutely. The new album was birthed as a result of the last three years of my life. I’m very proud of this project because my former projects were done out of my passion for worship and I think people saw that. “The Diary of Juanita Bynum” is a CD that is born out of the pain and the passion of Juanita Bynum. It is authentically me, personified. ESSENCE.com: So who is Juanita Bynum? BYNUM: Juanita Bynum is every woman’s story. She is a Black woman that has the kind of resilience that says ‘I’ll never stop.’ I think through my experience African-American women and women at large can look at me and say, ‘I feel what she feels.’ I feel so blessed to be sitting here today and I say to every woman, ‘You do not have to believe the lie of society. You do not have to continue to associate yourself with people who continue to perpetuate that lie. Your pain becomes your purpose and your purpose becomes your power.’ ESSENCE.com: Your life has also been about healing others. When did little Juanita Bynum first decide to follow that path? BYNUM: I was 12 when I preached my first sermon and when I saw the results of that I knew I was doing right. My mom used to call me in the house during a baseball game and say, ‘I want you to sit down and be quiet.’ Everybody would be upset because I couldn’t come back outside. She would say to me, ‘You’re  going to be somebody great one day and I want you to get used to sitting still.’ It didn’t make any sense to me at that time, but all of my life, as far back as I can remember, I’ve always felt like I had this big thing inside of me and I was going to burst if I didn’t let it out. I’ve always known that there was something very big that I was going to become. Juanita Bynum’s newest EP “Soul Cry (Oh, Oh, Oh)” will be released today. She will also be performing at the ESSENCE Music Festival on July 4th.