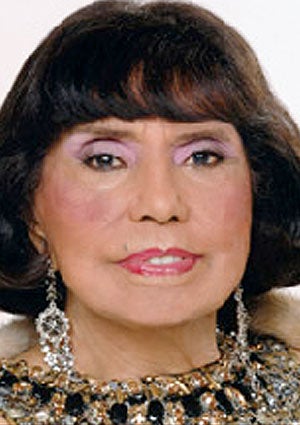 Affectionately known as “Mrs J.,” Johnson, who was said to be in her 90s, was best-known for her roles as producer and director of the annual Ebony Fashion Fair. Since its inception in 1961, the show, which traveled throughout the United States and Canada and highlighted African-American designers and models, raised more than $55 million for local and national organizations and provided scholarships to college-bound students. She also played an instrumental role in the creation of Fashion Fair Cosmetics, which was founded in 1973 and remains a viable brand. She was to be honored later this month at New York’s Metropolitan Museum of Art.

According to the Johnson Publishing website, Eunice Johnson was born in Selma, Alabama, where her father practiced medicine, her mother was an educator and her maternal grandfather founded and served as President of Selma University. After receiving her Bachelor’s Degree in sociology from Talladega College, where she also minored in art, Johnson earned her Master’s Degree in social work from Loyola University in Chicago. She also studied journalism and interior decorating at Northwestern University and Ray-Vogue School of Design, respectively.

In 1942, her late husband, John Johnson, founded Johnson Publications and three years later, she named the company’s flagship magazine, Ebony. Along with helming Ebony Fashion Fair, she acted as Johnson Publishing’s Secretary and Treasurer. Widowed in 2005, Eunice W. Johnson is survived by her daughter, Linda Johnson Rice, who currently serves as Chairman and CEO of the Johnson Publishing Company.