Legends Jimi Hendrix and Ray Charles literally got their stamp of approval from the Unites States Postal Service on Thursday as apart of the Music Icons series. The two musicians were honored with official first class postage stamps along with rockabillly, country, blues pioneer Johnny Cash. 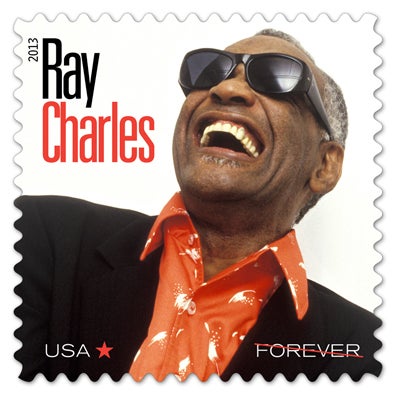 “I am deeply touched and so are other members of the Hendrix family by the issuance of this stamp, and I wish to thank the United States Postal Service for bestowing one of our nation’s highest honors on my brother Jimi,” sister Janie Hendrix announced in a statetement. “While my brother has been cited many times as being among the most influential musicians of all time, the recognition implicit in his being portrayed on a U.S. postage stamp ranks as an unparalleled honor.”

Hendrix’s 49 cents self-adhesive stamp was designed by artists Rudy Guttierez and designer Greg Breeding, while a photograph of Charles taken by Yves Carrère later in his career is used. Both are currently available for purchase on USPS.com now.