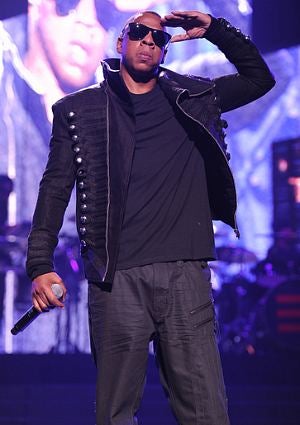 He’s a amazing, not a Mason, says Jay-Z in his latest song with rapper Rick Ross. The reigning king of hip hop moguldom is hitting back at the widespread urban legend that he is part of a devil-worshipping secret society of Freemasons., reports MTV News. Jay addresses the rumors on “Free Masons,” a collaboration with Ross. “If y’all n—as fear me, just say y’all fear me,” raps Jay. “F— all these fairy tales/ Go to hell, this is God engineering/ … I said I was amazing/ Not that I’m a Mason …/ I’m on my third six, but a devil I’m not. …” The rapper was equally forthcoming about the rumors during an interview with a New York radio station. “I got a lot of money,” he told Power 105.1 radio host Ed Lover earlier this year. “When people get a lot of money, they start getting those rumors, like Tom Cruise, Willie Smith. That’s ridiculous.”