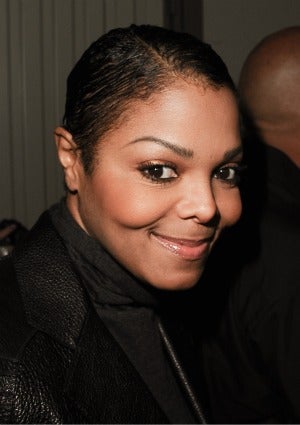 We’ve seen Janet Jackson struggle with her curves throughout the years, and the pop icon is opening up about her weight loss and weight gain in her upcoming book, “True You.” Jackson blames her issues with body image in part on having her breasts were bound when she first started shooting “Good Times” as a child. “I was developing early,” she told ABC News Radio. “It made me feel that the way that I am, it’s not good enough, as I am. That’s why I decided to call [the book] ‘True You'” Jackson also spoke on her feelings about marriage, saying, “I’ve been married twice. I’ve been divorced twice. Even when you have someone with you 24/7 and still feeling alone — when I look back on it, it’s really, really sad and I did a lot of that in my younger years.” It doesn’t seem like the “I Get So Lonely” singer is feeling alone these days, although she’s staying tight-lipped about her relationship with Wissam Al Mana. Finally, Jackson revealed what current pop star she’s following these days; Lady Gaga. “She takes me back to the Grace Jones days, where it’s over the top fun. It’s different from everyone else that’s out there, so I enjoy watching her and listening to her music.” Go Gags! That’s quite a co-sign coming from Ms. Jackson.