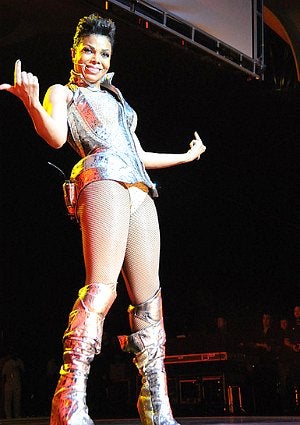 The fans have spoken, and soon Janet Jackson will be in a city near you. After letting her fans vote on what cities she should perform in during her “Janet Jackson, Number Ones, Up Close and Personal Tour,” Miss Jackson has announced a 35-city tour to coincide with her 35 number one hits.

The tour kicks off in the Philippines in February, and will be making its way to the US in March.

“These concerts will be different from anything I have ever done,” said Jackson. “I will be as up close and personal as possible. These concerts are not about special effects. This is a love affair between me and those of you who have supported me and my work for all these years. I’ll be singing and dancing from my heart. The music will all be songs that you’ve made number ones for me. Let’s go!”

In which city will you catch Janet?