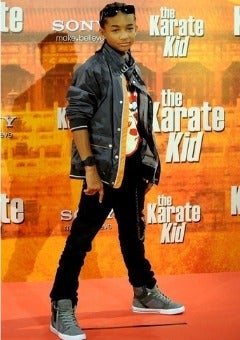 He may only be 12 years old but Jaden Smith definitely made a grown-man fortune last year. With a hefty acting fee and top box office sales, the talented child actor racked up more than $3 million for his lead role in the “Karate Kid,” TMZ reports.

According to Smith’s Karate Kid contract, his upfront acting fee was split into two installments – one of $900,000 and a second payment of $100,000 – but that was just an early fee.

Smith received the real bulk of his money after the Karate Kid made more than $150 million in the domestic box office, earning the young actor a $2 million bonus.

Now that’s more than any allowance. Congratulations Jaden on your success with the film!