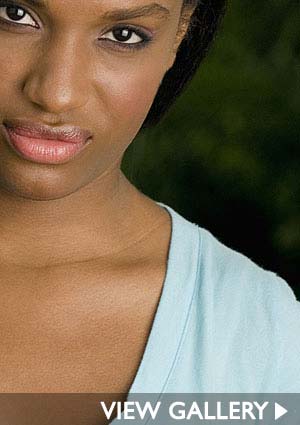 Learning that your man is cheating is likely to make your blood boil–even if you’ve suspected that he’s been playing around for quite some time. When your partner burns you that deeply, “it’s a natural urge to want to get revenge,” says infidelity expert Ruth Houston, author of “Is He Cheating On You…829 Telltale Signs.” While Houston acknowledges that the best revenge is to leave him and never look back, she understands that taking the high road can be hard.
ESSENCE.com asked Houston to share her insights on what you can do after you’ve caught him red-handed.

ESSENCE.com: What is the most common revenge tactic?
RUTH HOUSTON: Women are more inclined to have a retaliatory affair than men are. But most women who are really bent on getting revenge will usually resort to destroying personal property of cheaters.

ESSENCE.com: What are the consequences of revenge affairs?
HOUSTON: Revenge affairs usually backfire. It generally doesn’t work out the way the woman thinks it will. Either he doesn’t care or he’s not able to get past revenge cheating. Men are not as forgiving as women are. Usually it’s such an affront to his manhood that, if she’s desirous of getting the relationship back on track, it can totally destroy [any chance of that].

ESSENCE.com: What are the consequences of destroying his property?
HOUSTON: It’s not a good idea. It can either land you in jail or escalate to violence with the partner.

ESSENCE.com: What are some legal ways to get revenge?
HOUSTON: There are about seven states remaining–Hawaii, Illinois, Mississippi, New Mexico, North Carolina, South Dakota and Utah–where a married woman can sue [her husband’s] mistress for “alienation of affection,” and she can get money from the mistress. If the mistress is a woman of means, the betrayed wife can make a pretty penny.

Some women will look to run up [their husband’s] charge account and max out their charge cards. If he’s a man of means, he’ll have less money to buy the Cadillacs and the expensive things that he’s used to.
If there are children involved, many times a woman will deny her man access to his children or she may divorce him and take such a huge chunk of his income for alimony and child support that he has nothing to live on, and, in many cases, the mistress doesn’t want him any more.

ESSENCE.com: What is third party revenge?
HOUSTON: Some women will go through a third party to get revenge. For example, if the person comes from a very religious background, the woman may reveal the affair to [her man’s] church family or a minister. If it’s a workplace affair, [she] may go to human resources. If he’s cheating with a woman who is married or in a committed relationship, [his wife or girlfriend] may tell the spouse or significant other of the mistress.

Also, wives and girlfriends are privy to their man’s deep dark secrets. If he owes back taxes, many women will blow the whistle. If he’s involved in some shady activities, some women will drop a dime.

ESSENCE.com: What’s your advice to those who want to seek revenge?
HOUSTON: Revenge is not healthy to actually carry out, but some people really and truly can not get past the infidelity unless they feel they have evened the score. The best revenge is just to ignore the cheater; put him so completely out of your life and let him see that he was so insignificant in your life that he didn’t cause a ripple. It’s easier said than done, but if you try to let some time pass and think rationally about it, then you’ll realize it’s not worth the trouble. I don’t advocate revenge at all, but if you have to do something, do something harmless.

ESSENCE.com: Give us an example of something harmless that women have done.
HOUSTON: [Before she left her husband] one woman cut one arm off of all of his business suits and that Monday when he got up to put his suit on, one arm was missing from all of his suits. In her mind she evened the score, but it was pretty harmless, except that he needed to buy some new clothes.

Read more of Houston’s tips for dealing with infidelity at www.InfidelityAdvice.com.

Tell us what you think? Would you try to get back at your guy for cheating on you, or would you just walk away?