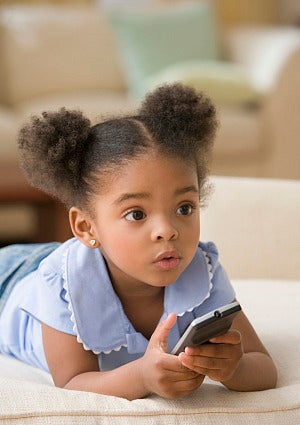 New mom confession: Sometimes I let my baby watch TV. I know it’s wrong. She’s too young. Her eyes are too new…but she likes it. A lot. Especially shows with bright colors and catchy music. Enter my discovery of Nick Jr.’s Yo Gabba Gabba. Before our daughter was born, her dad and I were both agreed she wouldn’t watch TV for the first two years of her life. But while on maternity leave, I reconnected with TV like it was an old friend. I watched it for hours. I based my daughter’s feeding schedule around my favorite shows: 10 pm on Tuesdays (The Good Wife) and 9:00 pm on Wednesdays (Modern Family). Heck, I’d sing songs from commercials as if they were on my iPod. I learned to love “How You Like Me Now” by The Heavy, which appears in the Kia Sorento car commercial. If you don’t know the song, I’m sure you’ve seen the life-size sock monkey surfing, a robot doing well, the “robot,” at the club and a one-eyed red thing hitting the Vegas strip. The concept is hilarious. But I had no idea the characters were from Yo Gabba Gabba, the Nick Jr. show that grabs my three-month-old’s attention. Last week I learned Solange will make a guest appearance on the show’s May 7th episode to celebrate Mother’s Day. I’ve set our DVR but I think I’m recording this more for me than my daughter.  But am I on the verge of creating a baby couch potato? If I’m walking with her by the TV, she cranes her head to see what’s on. If I need to send a lengthy email or catch up on blog reading, I plop her in front of the tube and sits quietly for about 20 minutes. If we’re playing on the sofa and she catches a glimpse of the screen, she stops, focuses for about six minutes, and then goes back to playing. One night, my Facebook status announced my guilt around allowing my daughter to watch TV. The comments ranged from “child, please” to “my pediatrician only recommends 10 minutes a day” to “Watch Sprout, my granddaughter loves it!” Tell Me What You Think: Do you let your baby watch TV? How much? What shows does your family watch? If you don’t allow your baby to watch TV, why not?
Loading the player...

Babyface And Wife Nicole Pantenburg Split After 7 Years Of M...

How Desus & Mero Went From the Bodega to the Big Time