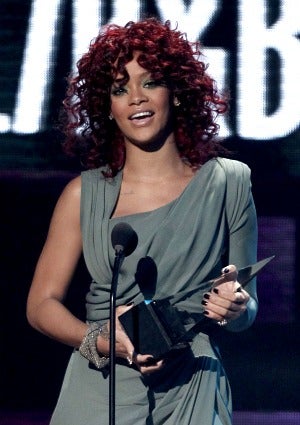 Though Rihanna just released an album last week, it seems as if her mind is on the future. In a recent interview, the queen of all things red revealed she might be ready for kids sooner than you think. “I don’t really plan on age. It could be a year from now. It could be 10 years from now. Whenever it’s right,” she told Interview magazine. Rihanna admits she has plenty to do before having kids. It’s interesting that family is on the pop-star’s mind. Does that mean that she’s getting closer to settling down with boyfriend Matt Kemp? “If I had a girl, she’d probably be really rebellious. She would be a bundle of Karma,” she said. That would be the truth. She better hope to have a boy, instead. And if she’s asking for our advice, wait a while to have kids. Rihanna is young and much to do before pumping the breaks on a career that’s flourishing. What’s the best advice you can give Rihanna about starting a family?