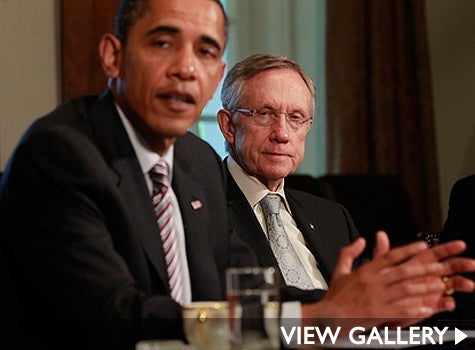 President Obama is following up on last night’s speech on the Gulf oil spill with a White House meeting today with senior members of BP, including chairman Carl-Henric Svanberg and chief executive Tony Hayward. The President is demanding a fund to make up for the financial losses of Americans who make their livelihood off the Gulf coast. It won’t be pretty, but it will be interesting to see what comes from the full pressure of the White House. Moving forward with his “battle plan,” as he calls it, the President will also be making a revitalized push for clean energy legislation. It’s a strategy that has drawn critics who argue that it politicizes the disaster and takes focus away from the restoration of the Gulf. “Manipulating this tragic, national crisis for selfish political gain not only demonstrates President Obama’s inability to aptly lead our nation out of a disaster, but also reveals the appallingly arrogant political calculus of this White House,” Republican National Committee Chairman Michael Steele said in a statement. “Instead of leveraging this crisis to manufacture knee-jerk political support for cap-and-trade energy taxes, President Obama should focus on providing the people of the Gulf with real and honest solutions to this horrible environmental disaster that this Administration has been slow in waking up to.” (Tell us how you really feel, Mr. Steele!) On the other hand, the charge to confront the need for energy independence has drawn praise from environmental groups. “I think there is no better time for comprehensive climate and energy legislation than when hundreds of thousands of gallons of oil are going into our ocean, and people are without work — and the people most impacted are low-income people and people of color,” says Phaedra Ellis-Lamkins, CEO of Green for All, which organizes minority communities to be at the forefront of the green economy. Green For All was one of numerous advocacy groups to lobby for the climate change bill that passed the House last year, so Ellis-Lamkins is primed for a tough, uphill battle. Yes she remains hopeful, not only for finishing that job, but for the recovery of the Gulf. “We have expressed some concern about how the Gulf crisis has been handled, but I think the last two weeks have really been a turning point,” she said. “With the President being there, addressing the nation, sending the National Guard to do claims, he’s not just managing the process but leading the country in a way that allows our communities to be successful. And if he uses the same resolve he used on healthcare on climate and energy legislation, then this will really be the America we all hope for.”