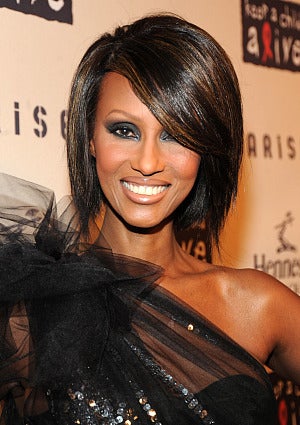 Supermodel, beauty mogul and ESSENCE.com blogger Iman has just added “television personality” to her wildly glamorous resume! This week, Bravo announced that the fashion icon will join Isaac Mizrahi as host of the second season of “The Fashion Show.” The reality show follows a group of professional fashion designers as they compete to win $125,000, and a chance to have their pieces sold in the retail market. “I’m so excited to be joining the Bravo team and to be working again with Isaac Mizrahi, my close friend of many, many years,” says Iman, who will be replacing former host Kelly Rowland. “I’m also looking forward to all of the behind-the-scenes excitement and drama… this will be a show any follower of fashion will want to see.” Check out “The Fashion Show” when it airs later this year.