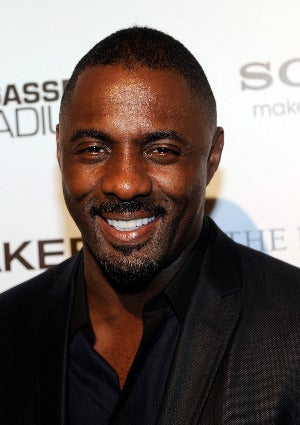 Few men can wow a female audience like actor Idris Elba. The tall, dark and handsome Brit is starring as bank thief Gordon Jennings in the film “Takers” which premieres in theaters nationwide today. We won’t give much awaym but we will say that if you like your Idris served up nearly naked, make your way to the movies this weekend. ESSENCE.com spoke to Idris about playing a thief, why he likes playing the bad guy and just what we can expect from “Takers.” ESSENCE.com: Tell us a bit about your character in “Takers.” IDRIS ELBA: Originally, my character Gordon Jennings was an American character from Los Angeles who was a thief. I wanted to change that to make it a little bit more international so I chose to play him as a British Afro-Caribbean. Gordon was raised in the Caribbean, then moved to England, where he started his life of crime. When he moved to America, he started to really reach his life ambition: stealing a lot of money from very hard-to-steal places. His sister is a big part of his storyline and Gordon’s only family. When you meet her, you realize that she has a substance abuse problem and it’s a real cloud over Gordon’s life and he would love to help his sister out. There’s an interesting scene in a car when he’s screaming at his sister about stealing his money and drugs — yet he feels cool with stealing $20 million from some armored trucks. Gordon’s a complex guy and we gather that he and T.I.’s character Ghost have their history in climbing up the ladder of crime. ESSENCE.com: Did you have any trouble playing the bad guy? ELBA: Gordon is not so much the bad guy. If my character wasn’t a professional thief, he’d be a pretty nice guy. I’ve played worse characters that have a mean streak and I do that pretty easily. Idris is a good person at heart, but it’s more fun to be the bad guy. ESSENCE.com: Any favorite moments from “Takers?” ELBA: Yes, the scene where we are all walking away from the helicopters when they explode. We did that in one take and I’m the only one that gets slightly shifted when the explosion happens. I remember thinking ‘Damn, I want to do it again so I can toughen up my walk a little bit!’ But no one said anything, so we kept it moving.