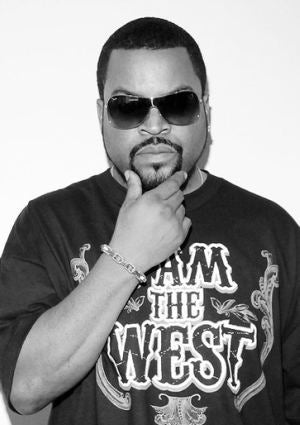 Ice Cube has many leading roles in his lifetime as a father, husband, rapper, movie star, and now executive producer to the new TBS sitcom “Are We There Yet?” which takes off where his two movies of similar names (one was “Are We Done Yet?”) co-starring Nia Long left off. Terry Crews takes over Ice Cube’s character and Essence Atkins reinterprets Long’s role. Cube spoke with ESSENCE.com about the new family sitcom, his upcoming album and the ingredients of a successful marriage: ESSENCE.com: What made you make this into a sitcom ICE CUBE: We did two [“Are We There Yet?”] films and Joe Roth over at Revolution Studios asked me to do a third and I thought, artistically I want to go in a different direction and he said, ‘What about taking the role to TV and casting a different actor?’ Once we started thinking and brainstorming and got Ali LeRoi, who ran “Everybody Hates Chris” and Terry Crews agreed to play Nick, to me it was like a no-brainer. ESSENCE.com: Had you ever considered TV before? CUBE: Oh yeah, we’ve considered it on the producing tip. We’ve had a couple of things that tried to get off the ground that just weren’t right and didn’t have all the pieces in place. This does. ESSENCE.com: Terry Crews spoke about how important it is to highlight a positive Black family on television with a show like this. Do you feel the same? CUBE: To me that can never hurt. There’s a lot of families out there that’s trying to make it work, so hopefully all that comes out positive. Our major goal is to bring people enjoyment and make them laugh and at the end of the day if we can portray a strong positive Black family image, that’s cool too. ESSENCE.com: How involved are you in the daily? CUBE: I’m on the set all the time making sure everything goes right. Ali LeRoi had the expertise in this field so we let him spearhead the project. We basically help him bring this to life. ESSENCE.com: How often will we see you on the show? CUBE: Every time you miss me you’ll probably see me. ESSENCE.com: On another note, this is the 20th anniversary of your first solo album “AmeriKKKa’s Most Wanted.” How are you celebrating? CUBE: I’m not doing a thing. That was 20 years ago. I’m worried about the new record “I Am The West” which will be out July 13th. It’s a great summer record with that California flavor. It’s not as heavily political as some of my other records but it’s still fun. Dr. Dre is going to produce some songs on this record. ESSENCE.com: What inspired this record? CUBE: Loving hip hop. I wasn’t hearing anything that I liked so to me it was time to get back on the mic. I had the time to do the record. To me it’s my routine, do a few movies, do a record. ESSENCE.com: There’s been talk of an NWA biopic called “Straight Outta Compton.” Has it been confirmed? CUBE: Well, you know, Hollywood, nothing is confirmed until somebody cuts a check. Right now it’s still talk but it’s building up the momentum and the project seem like it’s gaining legs so we’ll see how it goes. ESSENCE.com: Who would you want to play you? CUBE: I want my son O’Shea (nicknamed “OMG”) to play me. ESSENCE.com: You’ve been married for 18 years to your wife Kimberly Woodruff. What is your formula to a successful marriage? CUBE: We talk about all aspects of our lives. We have our morning coffee and make sure we communicate with each other and try to keep the world out of our business. We keep our family and our friends out of our business also. That to me are the ingredients of making it work and also having respect for each other. “Are We There Yet?” airs tomorrow night on TBS at 9pm.