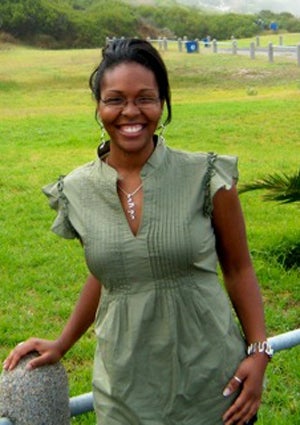 I dated my husband for 17 years before we got married — and it was worth the wait. I first met my mate when we were freshmen in high school. I was taken by his unique personality — oh, yeah, and he was very easy on the eyes. We became an item, graduated and headed off to the same college. Sadly, our time together was cut short because he became ill and had to go home. By the end of my freshman year I was faced with a difficult decision: accept a full scholarship or fulfill his request to transfer and be home with him. I chose the latter. At that time I didn’t regret the choice. I loved him. He was my best friend. He wanted me. He needed me. Did I mention I was 19? By the time I was 21 my perspective started shifting. Though I chose to make him my world, I was only part of his, and my unhealthy focus was weighing us both down. I knew I needed to get away and figure out what kind of woman I wanted to become. At 22, I packed my bags and high-tailed it to our nation’s capital for graduate school. Life was good. I had a boyfriend at home and I finally got the “college” experience I longed. My man planned on relocating to my city as soon as he wrapped up his schooling and I knew we’d tie the knot shortly there after. I first remember thinking he’d possibly “pop the question” when I was graduating with my Master’s degree. It didn’t happen but I refused to sweat it because we were only 24 — I had time, right? Over the next few years I anxiously anticipated other milestones, knowing each one could end with him on bended knee — let’s just say I wasted a lot of great outfits. Finally, it set in. He wasn’t ready. While I’d taken the time to pick every hue and texture for the picture that would be my life, and ours together, he was struggling to find a paint brush. My man was stuck — and it wasn’t about me. I tried to be patient as he went through prolonged bouts of unemployment and stagnancy — despite having a degree. I loved him with every nook of my heart. Still, it wasn’t enough. We broke up — an ugly split — and didn’t talk for almost a year. Thank God for the passive-aggressive, rekindling power of text messaging. After 10 months of silence he contacted me for my birthday. We began talking and slowly worked our way back to coupledom. I felt our love was as sure as Lebron James’ chances of securing another multi-million dollar contract. I was a 28-year-old, wrapping up a doctoral program and ready to get married. But he still wanted to wait. I did, but not silently. I brought up the topic regularly and the more I did, the more he resisted. To avoid stressing out our otherwise great relationship I made a personal pledge to only bring it up every two months; still no ring. We lived together. We meshed our finances. My hand was still bare. Eventually, I became pregnant and I asked — no pled — please let’s do it before the baby arrived. I had a professional and personal reputation that I wanted to uphold, plus I worked with kids and often preached to them about things happening in order — now here I was knocked up! His only words were, “I’m going to do right by you.” But when? About 10 months after our son was born my husband finally “brought up” marriage — and we got hitched two months later. I was ecstatic and so were my family and friends. I think the biggest thing I learned from the whole experience is how to respect my mate’s vision and desires. I was so focused on what I wanted and saw as right that I didn’t consider his reasons — like he didn’t want to get married while I was pregnant because he felt it appeared forced and not a choice. I also learned I had to hear what people say, not what I wanted. For example, he told me he wasn’t ready to wed but he would get married when he was — and we did.   Today I have a career, a child and wonderful husband, who I know is a man of his word. Our love is stronger than ever. Most importantly, the only thing that’s changed in our household since we said ‘I dos’ is that we all have the same last name. By waiting for my husband’s vision, I finally got mine.
Loading the player...