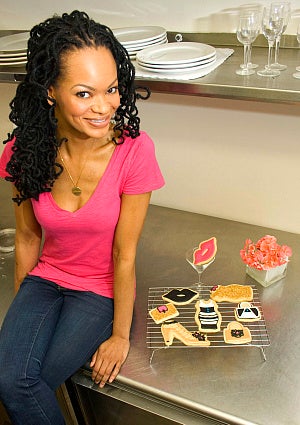 Up until this past February, I had what most people would consider as a “good job.” I followed the formula. I got an undergraduate and graduate degree in Fine Arts — a field I liked — but found a way to make it profitable by working as a visual designer for one of the biggest clothing brands in the world. I was bringing home close to six figures. I lived in New York City. I could shop, dine out and travel at my leisure. There was only one problem: I was underwhelmed. I liked my career, accomplishments and life, but I wanted to love it. As the recession hit the fashion industry in 2008, I was smacked with the reality of no bonus and no raise. I also came face-to-face with my true vulnerability. At any time, my superstar corporate lifestyle could be ripped away from me. Then what? The years I slaved at the company would be worth nothing more than a few weeks of severance pay and a box to take my things out in. The company would always choose its bottom line. I decided to choose mine. I wanted to be happier, more fulfilled and to pursue my truest passion. There was only one thing I did that kept me humming on hot days and skipping on cold ones: baking. I’d always been the chick who cooked. I grew up in a household with a mom who cooked every meal, every day — and I loved it. Not simply her food, but the entire process of creating and experimenting. The mere notion that you could start out with a lump of ingredients and not know what you’d end up with intrigued me. As an Army brat, I moved around a lot, but cooking was my constant. During middle school I was a big nerd and art geek, so while most of my ‘tween friends were obsessed with Jodeci or Boyz II Men, my heart belonged to Betty Crocker. I combed through her cookbook and meticulously devoured every recipe. I knew I had something special. Still, I let it go. In December 2008, I decided to rekindle my relationship with my long lost love. I didn’t just want to date baking; I was ready to take the leap. Yep, I’m talking marriage, a.k.a. a business. Did I have doubts? Yes. But after a few chats with pals who reminded me that cookies were irresistible and my cakes kept them clamoring for more, I was psyched. I spent the next three months developing the branding and business strategy for my company, Tasty Morsels Bakery. In February 2009, I had my first event. Off the bat, business wasn’t booming, but that changed in November 2009, when one of my friends introduced me to style expert Robert Verdi. He ordered 100 gift boxes for the holiday season and like that my days became consumed with rolling in the dough. My business took off during the 2009 holiday season and after scores of sleepless nights I had to make a choice: my job or passion. I chose the latter. After weeks of hoping I’d be downsized, I decided to give my employer the pink slip. I saved $8,000 and wrote my resignation letter. In February 2010 I left my “good job.” Being self-employed hasn’t made my life easier; I’m a one-woman company. I wake up at 5am, check five email accounts, and then get cracking on filling orders. I am happier. It took one full year for me to transition from a part-time baker to a full-time business owner. I’ve learned the importance of planning, budgeting and diligence. But my biggest lesson has been the significance of marketing and networking. I had to ditch my quiet and shy side and bust out my inner Oprah; the more I talk the more business I create. I’m not making what I used to earn, but I am able to sustain my expenses. Did I mention that I love what I do? To me that makes every bite of TMB’s products a bit sweeter.