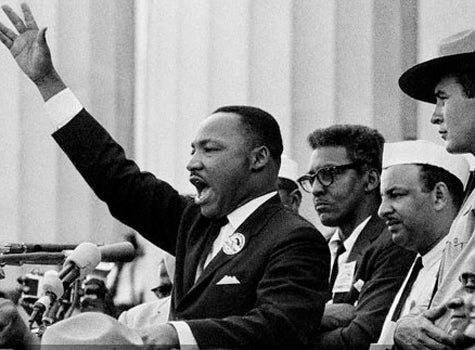 Dr. Martin Luther King, Jr. once said, “Life’s most persistent and urgent question is: What are you doing for others?” It’s fitting that on Martin Luther King Day each year, people across the country answer that question by performing acts of service.

ESSENCE.com sat down with Patrick Corvington, CEO of Corporation for National and Community Service to talk about the history of the King holiday, President Obama’s call to service, and why even the little things count when you think about giving back.

ESSENCE.com: Had Martin Luther King Day always been intended as a national day of service?
Patrick Corvington: It was not originally intended as a day of service. But about 15 years ago, Senator Harris Wofford, Congressman John Lewis and Coretta Scott King were having a conversation about how to honor Dr. King’s legacy. It was appropriate that for the first nine or ten years of the holiday, it would be about memorializing and honoring. But there’s also this piece about what Dr. King stood for — this notion of serving one’s community, of creating the beloved community. So they got together to try and shift the holiday a little bit, and said one of the ways we can honor Dr. King’s legacy is by doing what he asked us to do, which is to serve.

ESSENCE.com: Is there a particular kind of project that is most popular on MLK Day, or does it run the gamut?
Corvington: It really does run the gamut. Communities figure out what’s important to them, and it really varies. Folks are working with kids, working with the elderly, painting schools, cleaning up parks, packing lunches. The piece that people forget is, you don’t have to anything big. It’s the small things that matter. The President spoke about this in Tucson, about what kinds of lives are we leading? Are we telling the people around us how much we care about them? Those are small important acts as well. But getting into the frame of doing for others, whether it’s a small thing like telling a neighbor, “I care about you, so I’m going to help you shovel out your driveway,” or a big project like joining 1,000 people to paint the school, all of it is important.

ESSENCE.com: The President and First Lady have been strong advocates for volunteering. Have you seen a spike in service overall, particularly among African-Americans, since they issued a call to service?
Corvington: Yes. There’s been the largest increase in volunteering since 2003. Part of it is the President’s call to service. The President and First Lady come from this ethos of service, where it’s not just something they say; it’s something they live. I also think it’s the economy. We were a little surprised that volunteering went up given the economy, but what we think happened is, as people were looking around their communities and saw pain, they wanted to help. It’s the quintessential American spirit of wanting to be part of a solution. Last year 5.7 million African-Americans volunteered, also an increase. Another interesting data point was the increase in African-American women in particular. And that’s only through formal organizations. I think that number is much higher in informal ways of people helping each other in their communities.

If you want to find volunteer programs in your community this holiday weekend, visit MLKDay.gov.