Today we wish one of the first Black supermodels, a noted model agent and current fashion activist, Bethann Hardison, a very fabulous brithday.

The style icon first graced the catwalk in 1973 for ‘The Battle of Versailles,’ a designer walk-off in Europe. In 1974, she landed the cover of our very own ESSENCE magazine. 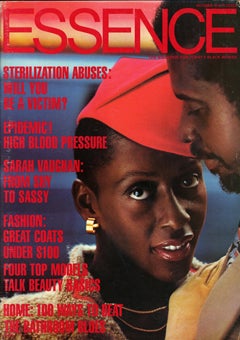 Before Bethann Hardison was a professional Image Activist, she was a garment industry sales girl and an assistant to a few very noteworthy designers but best of all a striking model, gracing the cover of October's 1974 issue.

The supermodel went on to break barriers when in 1984, she created her very own modeling agency, Bethann Management. Much later, Hardison developed and edited Vogue Italia’s groundbreaking ‘All Black Issue’ in 2008 (and later became the Editor-At-Large of the magazine’s digital platform).

In 2013, she launched the ‘Diversity Coalition,’ which she calls “the secret society,” created to advocate for inclusion on the runway. Using the coalition’s platform, Hardison penned four letters to the CFDA and the top organizers of fashion week, addressing racism within runway shows.

In 2014, the Council of Fashion Designers in America honored her with the Founders Award. Later that year, Hardison brought back the Black Girls Coalition, the ultimate throwback from a program formed in 1989 to celebrate Black models.

Now, in 2015, Hardison continues on her mission to make fashion more diverse. She recently sat down with Teen Vogue Beauty and Health Director, Elaine Welteroth to talk about the need for balancing diversity and her thoughts on cultural appropriation.

Hardison will forever be revered as renowned supermodel, champion for racial diversity, and let’s not forget, Kadeem Hardison’s mom (whew!, that’s quite the resume). Join us in wishing a very special woman a glorious birthday!