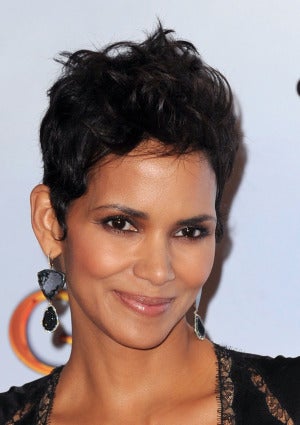 We’ve become accustomed to seeing Halle Berry up on the big screen and at red carpets events, but the Oscar-winning actress has a higher purpose, mainly lending her hand to women in need. As Women’s History Month comes to a close today, we salute Berry for her tireless commitment to the Jenesse Center, a South Los Angeles-based haven for survivors of domestic violence. Berry has always been rather vocal about her experience of growing up in a violent household as well as the domestic abuse she endured as an adult. As such, it’s only fitting that she would show her support for women who are currently living in similar situations. “I’ve always cared about women and women’s issues,” Berry has said of her desire to help. For the past decade, she’s done just that.
Along with lending her time and name to fundraising efforts, she’s also played an integral role at Jenesse’s headquarters. “I’ve helped women clean themselves up and get situated for their first night there. Sometimes, I’ve counseled them,” she’s noted. “[Many of the women] look at me as if I have all the answers, but I’m not a therapist. I just try to [offer] an ear, be a friend, someone who they can talk to.” Next month, Berry will again take center stage as Event Chair for the Jenesse Center’s annual Silver Rose Weekend, a three-day event which honors the efforts of individuals and organizations who’ve made a difference in the lives of families in need and also, raises support and awareness of the critical programs and services offered by the center. The theme for this year’s festivities is “In a Perfect World.” Launched in 1980, the Jenesse Center was founded by five African-American women whom were each victims of abuse. For the past 30 years, the non-profit organization has been at the forefront of helping families heal, and rebuild, in the wake of domestic violence. Along with providing women and their children with food, clothing and shelter, the Jenesse Center assigns case managers and social workers, who, collectively, assist them with transitioning into safe, stable living situations for the long-term. For more information about the Jenesse Center, visit www.jenesse.org. Read more: