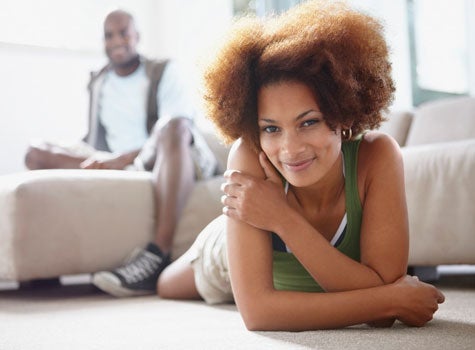 In the hit concert film “The Queens of Comedy,” comedienne Sommore jokes about men coming with warning labels. She goes on about how great it would be if you could read a man’s warning labels, much like a prescription drug bottle, to discover his side effects before dating him. The premise of the joke is that men are rarely completely honest about who they are at the beginning of a relationship.

I agree with Sommore, but I also know that sending a “representative” is something we all do — men and women. It is partly unavoidable due to the nature of dating. Imagine meeting a man, and on the first date he recites a litany of problems and issues spanning from his childhood to now. More than likely, you wouldn’t agree to a second date. The question is whether or not the representative you send in those initial stages is a competent one to represent who you really are.

One of my sister-friends was recently engaged and is planning a wedding for next summer. She has been dating her fiancé for almost two years. They do not live together, but spend a great deal of time with one another. She lives in another state and so I had only met him in passing at group functions, however, I never had a chance to sit down and have a real conversation with him.

A few weeks ago my sister-friend was in town and we were all able to sit down over dinner. Of course, I started sharing my stories about my girl from childhood and college. It’s what I do when I meet the intended of one of my sister-friends. I could tell she was getting a bit uncomfortable, so I pulled back on my anecdotes and jokes. As dinner progressed, it became clearer to me that she wasn’t acting like herself.

I didn’t think too much of it as I chalked it up to the nervous energy when one of your trusted friends meets your significant other; you want them to get along. Then, her fiancé brought up the subject of shopping and how he loved the fact that my sister-friend didn’t like to shop a lot… record scratch. “Who? Doesn’t like to what?” I thought to myself. Clearly, he wasn’t talking about her.

For your information, this sister-friend is a notorious shopper and deal hunter. When we were in college, her second homes were the library and the mall. When we got our first post-college jobs she went to the mall every day. She is very frugal, but she surely loves to shop. For him not to know that was a big deal to me. Red flag!

My sister-friend’s fiancé then went on to praise her for her cooking skills, her love of children and her desire to be a stay-at-home mother at some point. I almost pinched myself to awake from my dream. As long as I had known her, she could not cook, didn’t want kids and was the most ambitious career woman I knew. I know that people change, but she hadn’t changed that much. I thought to myself, “Who is she fooling?” Needless to say, I kept my mouth shut and went with the flow.

After the dinner, we had a moment alone over drinks and I asked her about it all. She replied that she’d realized that the woman she had presented to her fiancé was the woman men wanted. She was in her mid-thirties and had been unsuccessful in finding a man to marry, being the strong, anti-cooking, anti-kid woman she truly was. So, she had acquiesced to become the woman that she believed a man wanted. And, her validation was the rock on her left hand.

Certainly, I could sympathize with her dilemma, but I cautioned that the road she was traveling down was a dangerous one. I firmly believe you can only pretend to be someone else for a limited amount of time. Sure, you can keep up the guise when you’re not around someone 24/7, but what was going to happen when they were married? Over time, her honest self and desires were going to surface. And if not, she was going to end up miserable.

Plainly, the representative my sister-friend had sent was an incompetent one. True, she definitely had moved on the kids issue and could finally see herself as a mom. And, she’d learned how to cook and didn’t mind it as much. But being as driven and intelligent as she is, I knew she had no real desire to stay at home.

The moment we had over drinks was that moment she’d been dreading; the moment of reckoning that I think she knew deep down would come. I encouraged her to slowly allow some of these points to come up again and discuss with her fiancé. She was far more than a couple of deal points, but it was paramount to the success of their relationship that they got clear.

She’s begun to take my advice and talk with her fiancé about some of the things that are important to her. He’s been beyond great and understanding. Her approach has been one that I think is loving and open, so I think they’ll be fine. The good news is that although she had misrepresented some of her beliefs and goals, he fundamentally knew the real person.

We all withhold information at the early stages of dating. No one wants to know your life story on the first date — it’s an evolving journey of discovery. But, I caution you to make sure that in those early stages (and late ones) of dating, you’re not sending an incompetent representative.