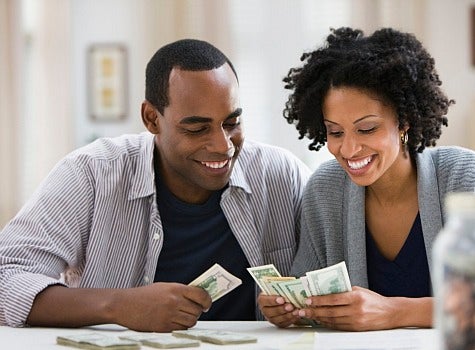 “No romance, without finance. ‘Cause ain’t nothing going on, but the rent!” If you’re thirty-plus, you definitely remember the late Gwen Guthrie’s 1986 anthem. You couldn’t go anywhere without hearing that song on the radio.

My memory of the song was from my mother’s friend and co-worker, Cre. She was a “fly-girl” and it was clear you had to have a “j-o-b,” if you wanted to be with her. Actually, that was a non-negotiable requirement for all of the women who were single while I was growing up. If you were dating a man, he at least better be able to help with some bills.

Fast-forward to 2011 and we all know that sisters outpace Black men in educational and economic growth. The rent’s still going on, but women aren’t as reliant on men to make it happen. Sisters are doing it for themselves. So, Gwen’s song is a bit out of place these days. Or, is it?

One of my sister-friends has been dating a very successful plastic surgeon for over three years. She works in publishing and has three kids from her previous marriage. Her ex-husband is also a rich man and supports the kids, but she does not receive alimony. With that said, she has achieved success in her own right and holds her own.

The recession hit everyone and every industry. Publishing was one of the hardest hit because not only did it have to deal with the general recession, the industry also faced competition from the Internet decreasing sales of publications and books. My sister-friend was not immune to this hit and found herself dipping more and more into her investments after she’d been laid off from her six-figure job.

One day my sister-friend called me and as we were talking, she started snapping at me, completely out of the blue and not based on anything I had done. I asked her what was wrong and after some coaxing she relayed that she’d lost a bunch of money in the market over the past month, and she wasn’t sure she could afford her apartment anymore.

First, I gave my go-to pep talk of, “God’s got your back. He won’t give you more than you can bear! Stay optimistic… yadda, yadda.” Then, I asked her, “Have you lost your mind?” She was confused. “Isn’t your man worth around 15 million dollars… on a bad day?” She replied, “Yes, but I can’t ask him for help.”

She was very concerned that the perception would be that she was after his money. It had been an issue for him in the past, and coming off a divorce from another highly successful guy, she did not want him to think that was her motivation. My response, “Sweetheart, brothas in the ‘hood pay bills. So should yours!”

Somewhere along the independent journey she lost her good sense. Every other aspect of their relationship was “traditional.” She did the cooking when they shared the same space. She organized his clothes, did laundry, etc. Basically, she fulfilled the traditional role of wife without the title. But, she wasn’t getting the traditional benefits of being a wife — not having to go it alone — especially when it came to finances.

I did not understand it! He was sitting on a pile of cash and could easily help her out. And, he should be happy to do so. The problem was that he didn’t even have a clue she was experiencing any difficulties. He assumed she had it under control.

I do understand, however, the difficulty in modern times for women to balance independence and their expectations of men. I think the great majority of women want “traditional” relationships in that they want families and they want to care for them. With that said, I think it has gotten twisted.

So, I told my sister-friend to get over herself and ask him for help. Of course, he was more than willing to lend a bridge to her while she regrouped. He then set up a regular system each month to help her pay down her debt and her bills. Exactly! Once she stopped playing by some made-up rich people rules and got her good sense back, she was less stressed. And, they’re getting married next year!

If you have a man in your life that is not helping you out — no matter what your situation is — then you need to reevaluate your relationship. I think he should be offering to help you and not put the burden on you to ask. If he’s not, maybe you should dust off your cassette tape and play him Gwen Guthrie’s hit, “’cause ain’t nothing going on, but the rent.”