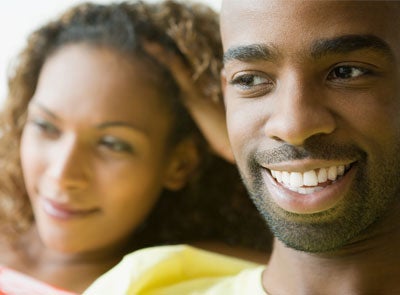 “You gotta pay the cost to be the boss!” I can still hear my mother’s voice telling me that as I was growing up in Chicago. It was her way of letting me know why she had the authority to tell me what to do.

Now I pay the cost and I hate for people to tell me what to do. I think most of us do. But, that sure doesn’t stop us from telling other people what to do — especially our significant others. I’m definitely a guilty one, but I know I need to change.

My sister-friend has been married for about 7 years to a great guy. Her husband is gentle, fun and so supportive of her and their son. They are the couple you want to be around because you feel the love. They joke with each other, are playfully difficult and don’t take themselves too seriously. It works!

It just so happens that my sister-friend’s husband is famous, but you would never know it when you’re around them. Truly, they epitomize the unaffected celebrity/wealthy couple by remaining real and down-to-earth. You’re not going to catch them at the latest or hottest anything unless it’s something they truly love.Their goal is not to impress anyone, but to be happy. Quite the change from many of the rich and famous people I have come to know.

With that said, with all fame comes groupies and people who want to be around you purely because of your fame. In this instance, my sister-friend’s husband has one friend who she believes is a fraud and only friends with her husband because of his status. The guy takes liberties that even I don’t take, and I’m one of her best friends.

My sister-friend came to me a couple of months ago enraged. It turns out that her husband’s friend had accompanied him across the world to Thailand. When they arrived, his credit card didn’t work and he called on her husband for help. Please note they were booked in a five-star hotel on the other side of the world. Her husband, being the generous person he is, picked up the bill.

It wasn’t the money that upset my sister-friend, they have it like that, but it was the principle. She was fed up with this guy using her husband and essentially her family. And, she was preparing to give him a big ol’ piece of her mind. I might add that my sister-friend is no wallflower; it was going to be a showdown.

I cautioned her that although she may accomplish her goals with the guy, she should strongly consider how her husband would react. In essence, she was planning on telling her husband he couldn’t be friends with this guy anymore. Not only was this going to emasculate him, but also no grown man likes to be told what to do. Specifically, he doesn’t want his wife choosing his friends especially when he doesn’t do the same to her.

She was mad, but she took my advice and didn’t saying anything. I then told her to start making some (not so) subtle suggestions. As the guy did more to prove that he was a freeloader, she should “suggest” certain ways for her husband to look at the situation. That way, he could begin to see things as she had all along and form his own conclusions.

To my surprise and delight, my sister-friend took it a step further. She decided to start “suggesting” new friends to him. Last month, I was at their house visiting and this very nice couple was there as well. I noticed how her husband had hit it off with them, particularly the man. Come to find out, my sister-friend had orchestrated this encounter so that her husband “could see what kind of people he should be hanging around.” Genius!

Just as I suspected, since the Thailand incident, the guy has continued to overstep his boundaries. My sister-friend’s husband hasn’t completely cut him off, but I think the end is in sight. She is allowing him to come to the conclusion on his own without creating an issue with her husband in the process.

I think a lot of conflict in relationships could be avoided if one or both partners remember that they are partners, not parents. No grown person likes to be told what to do under any circumstances. And, just because someone isn’t vocal about their distaste for being bossed around doesn’t mean it isn’t having a negative effect on them and the relationship. The better alternative is to get creative and figure out a way to make some (not so) subtle suggestions!