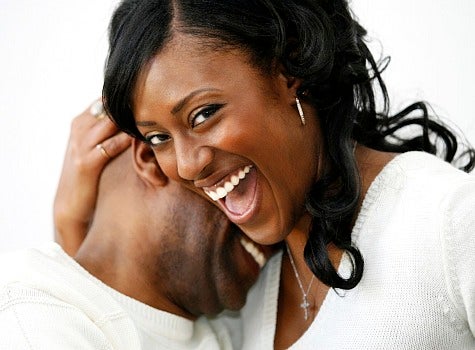 A few years ago, I was experiencing some prolonged depression. At the time, I didn’t realize I was depressed, as depression was not a part of my vocabulary. While I was feeling down, I started searching for some answers — something to make me feel better. I hadn’t been a student of the self-help school, but I found some very helpful concepts in the books I read…

Two of those books were “The Secret” and “A New Earth.” Both discuss the power and importance of energy. The energy you put out into the universe… you get it back. Like I said, I was not a “nam myoho renge kyo” type of guy, but there was something to this whole energy thing. Since I first read both books, I firmly believe your energy and your thoughts are everything.

I have this sister-friend who has great, happy energy. She is a joy to be around and is always bringing positive vibes to situations. Truly, she is the type of person that makes you smile when you think of her. She’s just that nice and caring. My other friends and I have been trying to set her up for the longest time, but with no luck.

Another friend and I were talking about my sister-friend because we were perplexed by her inability to score a date. Not dates, but a date. All of the ingredients are there. She is attractive, smart and has an outstanding personality. So, what was the problem? As we talked more, it became clearer to me what was going on with my girl.

Moreover, my sister-friend may not have a model’s body, but most people don’t. She has curves! Most women I know have curves and they don’t have a hard time scoring dates. Men like curves, especially men of color. It wasn’t what men thought of her curves that was the problem, it was what she thought of them that was getting in her way.

As I thought more about it, despite my sister-friend’s great, happy energy with us she does give off a different energy when it came to men. In the back of her mind she had closed herself off to men, and it came through when she met them. She had built up a wall based on fear, which emitted the “don’t come here” energy that kept men away. She’d defeated herself before she got in the game.

Being the meddlesome friend I am, I called my sister-friend to talk. My first question was, “Is your energy open when it comes to dating?” She said, “Yes, I would really like to find someone.” But, “Is your energy open? When you’re approached, what are you saying to yourself?” She began to think about the question.

Turns out, she was feeding her spirit bad information, causing her to be closed. She recounted how when she’d been recently approached by a guy, all of the negative things that would enter her mind. Basically, she went through a litany of reasons why whichever guy was not going to like her. “He just wants to be friends.” “He’s trying to make nice with me to get with my girl.” “Wait till he sees me without these Spanks on.”

We can feel each other’s energy even if we are unaware of it. She wasn’t having any luck because she wasn’t open. I asked, “Have you ever seen a busted chick with a fine guy and wondered, how did she get him?” She had great, confident energy. She believed she could. And, it was fine time that my sister-friend started believing she could too.

I asked her to go through the exercise of changing the information she fed to her spirit the next time she was out and met a guy. We don’t live in the same city, but the reports are that she is much more comfortable around guys. So, I am hoping she scores her first date in two years very soon. Yes, I said two years!

If you’re having a problem connecting when you meet guys, maybe you need to check what energy you’re putting out. It’s possible that you’re feeding your spirit negative thoughts, which block your ability to connect. Those bad thoughts send a message to your spirit to close off. Next time, when you meet a guy you’re interested in, ask yourself, “Is my energy open?”