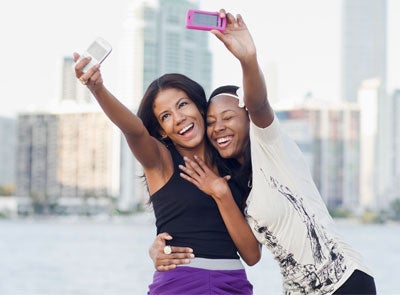 It has been said that, “people enter your life for a reason, a season or a lifetime.” As I have gotten older, I can affirm the truth in that statement. Fortunately, I’ve been blessed to maintain the great majority of my friendships, but I have also had friendships change and some end. It’s the natural progression of life. When friendships do end, you might have to do like Toni Braxton and, “just let go and let it flow!”

I always joke that I don’t get to see my closest friends that often. Two of my best sister-friends, Andrea and Danielle, live in different cities and have families. Andrea and I have always lived in separate cities since we went away to school, so there hasn’t been too much of an adjustment when it comes to distance. On the other hand, Danielle and I went to the same high school, college and lived together post-graduation.

I remember when Danielle met her husband and how our friendship began to shift. It was difficult at first because I was used to having her to myself, even if we weren’t in the same city. Thankfully, Danielle’s husband is wonderful and we get along very well. He was very accepting of our friendship and encouraged it. Over time, we’ve learned to navigate our new circumstances and hold on to the core of our twenty-plus-year friendship. Unfortunately, this isn’t always the case for many friends whose circumstances change.

One of my other sister-friends is experiencing some difficulties with her friend and former business partner. We’ll call her Jackie. My sister-friend met Jackie within months of moving to New York. They were both straight out of college. As my sister-friend describes it their connection was, “instant.” She and Jackie began spending a lot of time with each other — pretty much doing everything together. Within two years, they decided to open a cupcake business.

The cupcake business thrived for many years and landed them in magazines, on talk shows, etc. It was a great time and their relationship flourished. Jackie had been dating this guy who was considerably older and a bit controlling. An extremely successful man in his own right, he never took their cupcake business seriously and viewed it as Jackie’s “hobby.”

As time progressed, the cupcake business went through the roof. My sister-friend and Jackie were the talk of the town. Naturally, Jackie’s boyfriend became increasingly more interested in the company as he saw it was more than a “hobby.” Long story short, he started “advising” Jackie on how to run the business and how she should interact with my sister-friend.

Fast-forward a year and my sister-friend called me asking for advice. Turns out, Jackie had completely cut her off in both the business and their friendship. They’d gone from speaking virtually every day to not speaking for weeks at a time. And, their primary mode of communication was e-mail. Naturally, this hurt my sister-friend as she had considered Jackie family and couldn’t understand what was going on and why.

My guess was that Jackie’s boyfriend’s involvement in the situation had caused their disconnect. I explained that I had seen this before where a woman abandons her friends based on a man’s requests or urging. I’ve never understood it because it is rare that you’d find a man who will do the same. Unfortunately, women in our society are socialized to believe they are “less than” if they don’t have a man and often do things that are out of character to get one or keep one.

As much as it hurt her feelings, I told my sister-friend that she would have to accept it as it was and move on from it. Cherish the great moments that she had with Jackie and hope that they’d be able to salvage some form of friendship in the future. Clearly, their relationship had changed and she couldn’t live in the past, mourning a friendship that no longer existed.

She took my advice and started moving on from it all. They decided that Jackie would buy her out of the cupcake business and she’d receive profit participation as long as the business was in operation. I know my sister-friend misses Jackie from time-to-time, but time really does heal all wounds and she will be fine.

So many of us have friendships that we value that either change or end. Conflict arises when we don’t accept the reality of that shift. You can’t fight the flow of the universe and expect to have harmony in your own life. It may be painful to move on, but it is probably best that you “just let go and let it flow!”