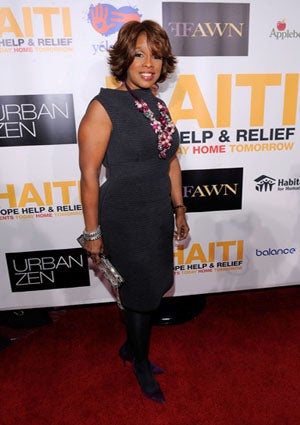 Some people just don’t have the moves. Oprah’s BFF Gayle King admitted that her dancing skills aren’t much to be admired, which is why she’s turned down three different offers — that’s right, three! — to appear as a contestant on “Dancing with the Stars.” “I think it’s good to keep my public humiliation to a minimum,” King said when asked about her continual rejection of the show’s offers. “I would never want to embarrass my children ever…or myself! I can’t dance.” Despite not wanting to participate, King still admits to being a fan of the show. On this season, her favorites are “Dirty Dancing” star Jennifer Grey and Disney star Kyle Massey.