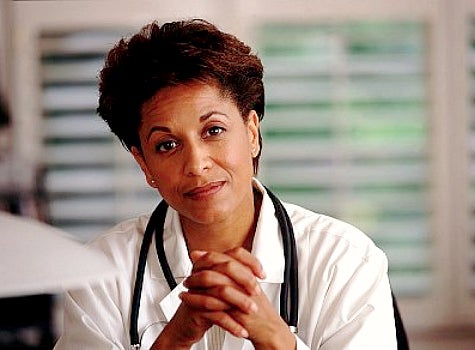 Imagine a vaginal ring that guards you against the virus. Or a pill you can take daily that will protect you from transmission of HIV. These, and other techniques, are at the forefront of development and could emerge sooner than you think. Scientists are revealing their latest, groundbreaking advances in the battle against HIV at this week’s 2010 International Microbicides Conference (M2010) in Pittsburgh, Pennsylvania. And the developments could turn the tide in the fight against a disease that infects one person in the United States every nine and a half minutes. If you don’t know what microbicides are, you’re not alone. Basic definition: They’re products in development to protect you vaginally or rectally from HIV. Perhaps you’ve heard news stories about microbicide gels. “We’ve moved beyond gels in a meaningful way,” explains Joseph Romano, executive director for research and development at the International Partnership for Microbicides. Here, other delivery systems in store: Vaginal Rings They look like what you’ve seen on the market already to protect you from pregnancy (NuvaRing) or provide hormone replacement therapy to post-menopausal women (Estring). Except these rings deliver therapeutic levels of anti-HIV drugs for up to 30 days. So you can put it in and forget about it for a month. How close are we? They appear to be one of the more rapidly-moving and promising developments. “They’re currently in human clinical trials to test safety, acceptability and pharmacokinetics,” says Romano. PrEP Would you be willing to take a pill every day to prevent yourself from getting HIV? PrEP or Pre-Exposure Prophylaxis would have people not infected with HIV taking anti-HIV medication to protect them against acquiring the virus. How close are we? There are currently 20,000 people participating in PrEP trials, according to the AVAC: Global Advocacy for HIV Prevention. Vaginal Tablets and Film Imagine you’re about to have sex and while your partner reaches for a condom, you reach for a piece of film about three times the size of one of those breath strips. Or you open your dresser drawer to pull out a fast-dissolving tablet that takes about sixty seconds to disintegrate into a gel when placed inside of you. Sounds easy, fast, and you only have to think about it when you have sex, right? How close are we? Human trials are expected in about a year. Bottom line: “We can’t treat our way out of this epidemic,” said Ashley Haase, head of the department of microbiology at the University of Minnesota, during his plenary session presentation at the conference this morning. “Prevention is key.” And the best ways to protect yourself now against this disease — which nearly half a million African-Americans have — is through abstinence or condom usage. Microbicides and PrEP don’t eliminate the need for condoms and their efficacy is *significantly* lower than abstinence and condom usage. Still, tell us: Which emerging method of protection would you be most interested in? The ring, a tablet, film, a gel, or PrEP? And why?