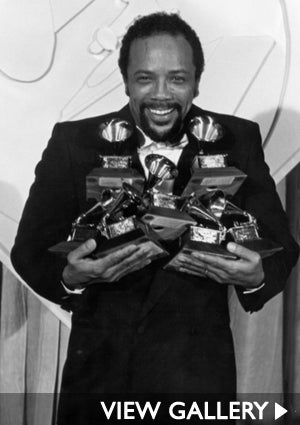 When it comes to Black popular music in the 20th century, no other producer has helped mold the sound of a generation better than the legendary Quincy Jones. Whether co-creating the masterpieces that became Michael Jackson’s “Thriller” and “We are The World” or producing for television and film, Jones has blazed his way through all genres. On Black Music Month, we celebrate the renaissance man that is Quincy Jones.