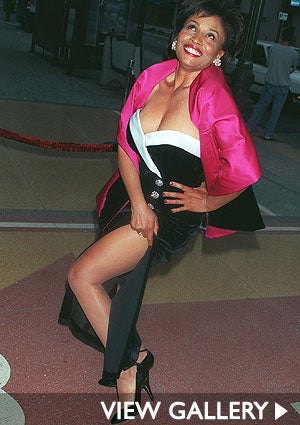 Don’t call it a comeback, Jenifer Lewis isn’t returning to the silver screen with her role in “The Princess and the Frog,” the hardworking actress never actually left.

You may remember her from the cult-classic “Jackie’s Back,” where she played a witty high-powered super diva or her unforgettable role as Zelma Bullock in Tina Turner’s biopic, “What’s Love Got To Do With It,” which she calls, “her greatest role.” Now, Lewis is lending her vocals to Mama Odie, a toothless 200-year-old fairy Godmother in Disney’s first animated movie starring a Black princess.

ESSENCE.COM caught up with the refreshingly down-to-earth actress who shares her feelings on the controversy surrounding the film, what we can all learn from her character Mama Odie, and her fun heydays in other successful flicks.

ESSENCE.com: Tell us about your character, Mama Odie?
JENIFER LEWIS: Mama Odie’s the fairy Godmother of the Bayou. She’s warm, she’s wise, she’s fun. And she is really sweet to those little froggies.

ESSENCE.com: What can we learn from Mama Odie?
LEWIS: That you gotta dig a little deeper inside of yourself. You know, it’s all about going inside of yourself for your own answers. So often people look outside of themselves for the answers. There is a huge part in the movie where Mama Odie leads the little froggies to find their own way to becoming human, and she lets them know there is more to life and being human than money and material things. You gotta go inside and love yourself, and when you love what you are doing, you can find love.

ESSENCE.com: How does it feel to be a part of such a historical movie?
LEWIS: It feels wonderful! It’s Disney, you know? Everybody is still looking at “Snow White,” they will still be looking at “The Princess and the Frog” when I am long gone. Of course, I plan on living to be 3,000. (Laughs).

ESSENCE.com: What were your initial thoughts about the criticism of the film’s characters and the controversy that was sparked among some African-Americans about the notion that Prince Naveen should have been Black?
LEWIS: People need to sit down and take their kids to see a wonderful movie. Just give it a break all ready! Just go and have a good time. If you don’t want to see the movie because you don’t like the way the African-American characters are portrayed, then don’t go see it. But I am telling you, it’s a great movie and you should go out and see it.

ESSENCE.com: I can’t let you go without asking about “Jackie’s Back,” which is a fan favorite.
LEWIS: It has become a cult classic, right? I had a great time making that, it is one of the funniest movies that I ever made. And all those celebrities came out as a favor, they did cameos and it just turned out so wonderful. I hear that people are actually having “Jackie’s Back” parties on Jackie Washington Day–it’s just so funny to me! It was by far the funniest movie I ever done.

Sir John Is Bringing Further Diversity And Inclusion To CTZN...