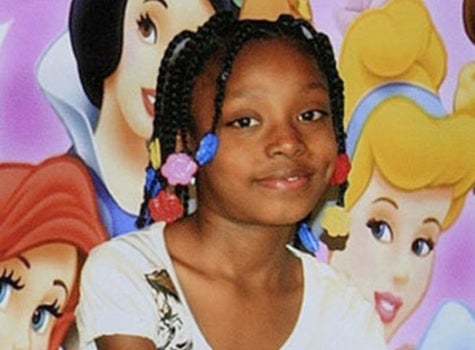 It’s hard to call this good news, considering the tragic event that lead to it. But it is, at least, better news. The FBI is investigating the tragic shooting of 7-year-old Aiyana Stanley-Jones, who was killed by a stray bullet when Detroit cops raided her home in May. We have U.S. Rep. John Conyers to thank for getting the Feds involved. He asked for the review because “the shooting of Aiyana Jones has shaken the entire city community, and it demands a thorough and independent investigation,” Conyers said in a statement. Prosecutors from the Justice Department’s Criminal Rights Division will review the FBI’s findings. “It is plain that something went very, very wrong in the Joneses’ home last May 16,” Conyers said. Aiyana was asleep on a couch near the front door of her family’s flat when police lobbed a flash-bang grenade through a window. They burst in searching for a murder suspect and Officer Joseph Weekley’s gun fired, striking the second-grader in the head and neck.  Weekley told his sergeant that a woman inside the home grabbed his gun, causing it to fire. Aiyana’s family has since sued the police department. “The investigation,” Conyers said in his statement, “will shed much needed light on these tragic events.” –Bob Meadows is Deputy Editor at ESSENCE