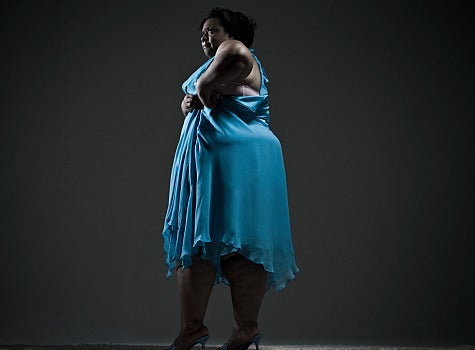 If you’ve ever been referred to as “the fat chick” then you know how much social attitudes about fat people can sting and shame. In a culture that celebrates personal responsibility, “fat people have become scapegoats for all manner of cultural ills,” writes Harriet Brown in a recent essay in The New York Times. Despite people’s best efforts and research suggesting that it is difficult to make and keep long-term changes with weight, adds Brown, it’s acceptable to ridicule and wag the finger at the obese. “Public attitudes about fat have never been more judgmental; stigmatizing fat people has become not just acceptable but, in some circles, de rigueur.” Surprisingly, according to Rebecca Puhl of the Rudd Center for Food Policy and Obesity at Yale, some of the most unexpected sources of discrimination against the obese are doctors. Puhl did a study of 620 doctors in which they described obese patients as “awkward, unattractive, ugly, and unlikely to comply with treatment.” With the exception of people like Donna Simpson, the 600-pound New Jersey mom who is trying to gain 400 more pounds so she can become the world’s heaviest woman, the rest of us struggle with weight and go to great measures to maintain our ideal size. The truth is obesity increases the likelihood of diabetes, heart disease and hypertension, and other life-threatening ailments. Some people may be able to eat whatever they want and still stay thin, but are they healthy? Perhaps we’re having too many conversations about weight and not enough about being healthy, no matter what the scale says. Read More: