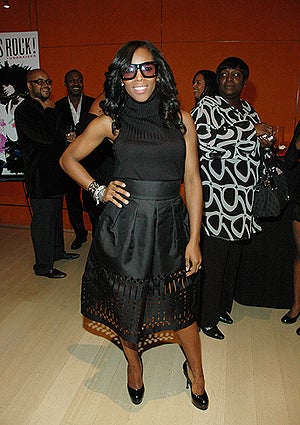 Fashion stylist June Ambrose is spreading her wings to the world of travel. The style veteran who helped transform the looks of stars like Mary J. Blige, Busta Rhymes, Jay-Z and Mariah Carey has just been announced as the island of Antigua’s latest Tourism Ambassador.

The Ministry of Tourism in Antigua established The Tourism Ambassador Program three years ago, as a way to honor Antiguans and their descendants, who are industry leaders or key influencers and can utilize their media platforms to help promote the destination. Ambrose, who was born on the island but currently resides in New York City, will be honored at the Annual Independence Gala on October 31.

Throughout her career as a fashion stylist, Ambrose has dominated the entertainment industry, providing her skills for more than one hundred and fifty music videos. The media-savvy mom is also the author of “Effortless Style” (Simon Spotlight Entertainment) and has appeared on the Oprah Winfrey Show and MTV as a style expert.
Loading the player...