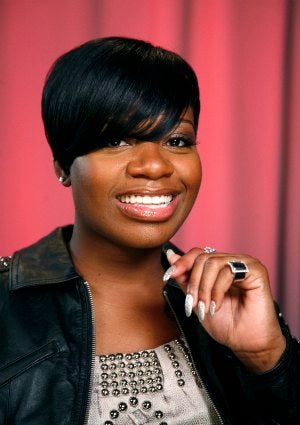 Fantasia has opened up about her recent suicide attempt and her relationship with Antwaun Cook, People.com reported. The “American Idol” singer spoke to VH1’s “Behind the Music” for a special, which airs at 9 p.m. tomorrow. “I didn’t have any fight in me,” The singer told VH1. “I didn’t care about anything. I just wanted out. At that moment, I wanted out. I wanted it to be over — all of it.” While the media has gone back and forth on whether or not Fantasia’s overdose on Aspirin and sleeping pills was an accident, the soulful singer says she was indeed trying to end her life. “I just sat in the closet and looked at the mirror and took all the pills in the bottle. I wanted to go to sleep and just be at peace,” she continued. “I knew exactly what I was doing. You can’t accidentally take a whole bottle of pills.” Barrino said she was “tired of people doing me wrong, constantly over again, dealing with my family — my father, dealing with men and their [expletive].” On the issue of Men, Fantasia also opened up about her relationship with Antwaun Cook and the rumors that se split up his marriage. “When I met him, he was separated … wasn’t living at home,” she said. “He didn’t wan to be back with his wife — that is what I was told. I remember waking up in the hospital [and thinking], ‘it didn’t work, I’m still here in this hellhole. Still here with all this drama going on.'” In the “Behind the Music” episode, the singer and reality TV star also explains how she started to pick herself back up. “My nurse Melanie was a blessing into my life because she didn’t tell me what I wanted to hear. And she looked at me and said, ‘You gotta get up, and you’ve gotta get out of here, ’cause you haven’t fulfilled your destiny.'” “I realized how people end up in the grave,” She continued. “Because that one moment [snaps her fingers] of just breaking or feeling like I can’t, I can’t go on, it’s too heavy. That was somewhere I don’t ever want to go again.” It seems like Barrino has seen the worst and is working on feeling better now. Her third studio album, aptly named “Back to Me,” also drops tomorrow. We wish her all the best as she continues her healing process.