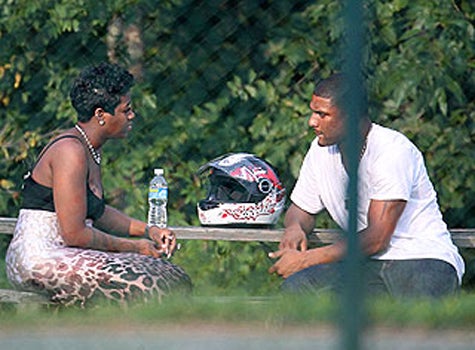 Fantasia Barrino and Antwaun Cook, the man who’s marriage she is accused of breaking up, were seen together on Friday near the singer’s home in Charlotte, reports PEOPLE. The pair were spotted having a conversation in a local park and while cameras rolled, presumably for her VH1 reality show, “Fantasia for Real.” This news comes three days after the singer was released from hospital after overdosing on aspirin and a sleep aid. Fantasia is accused of having an affair with Cook and making a sex tape. His wife, Paula, claims that her husband and the “American Idol” winner had been having an affair since August 2009 and threatened to sue Barrino. In a statement Fantasia’s manager said she thought the Cook’s were separated and is now “heartbroken” and sorry for any pain she may have caused. What are your thoughts?