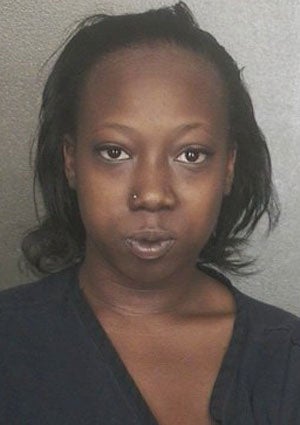 A bad weave can be a crime — at least when your name is Esther Armbrister. The 20-year-old  Miami woman turned her hairpiece into a personal piggy bank when she allegedly stole $1,600 out of a man’s pocket and hid it in her glued-on wig, an arrest report stated.

The sticky crime happened at the Westin Diplomat Hotel in Hollywood, Florida over the weekend. Armbrister, who has been arrested seven times for prostitution, had hooked up with a man and returned to his room for some alone time when she found money in his short pockets.

The man, identified as a tourist from New York, told police he had a billfold with close to $2,000 in $100 and $20 bills. Armbrister stayed the night in the man’s hotel room and attempted to leave the next morning when the man noticed his bankroll was missing. He confronted Armbrister about the money and searched all her belongings — purse, pockets, and clothes — but never checked her hairpiece.