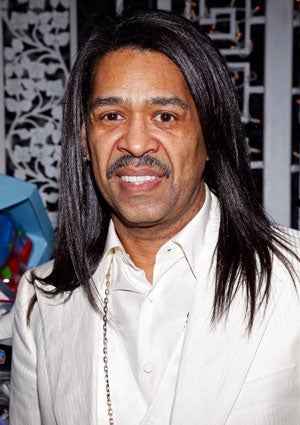 From his flawless mane to his singular name, it’s clear that Elgin Charles is a man apart. The self-proclaimed “King of the Industry” and father of one is a gentleman and shrewd businessman who’s just trying to make everything gorgeous on VH1’s “Beverly Hills Fabulous” — and train his stylists up in the way they should go.

ESSENCE.com chatted with Mr. Charles about being “Elginized,” battling competition in Miami, and if he and ex-wife Jackee are really reuniting…

ESSENCE.com: Describe ‘The Elgin Way’ of styling hair.
ELGIN CHARLES: To be “Elginized” is to do hair like me. I’m not about oil. I’m all about sheen, closing down the cuticle and giving body to the hair. If you blow dry the hair at a 45-degree angle, going from root to end and get that hair to bounce through a blow dryer and then go back over it with some heat, you’re filling in that cuticle. You’re also round and flat brushing when you need to and giving the hair shape. Hair on the West Coast is all about body, shine and movement.

ESSENCE.com: Are you attending the hair battle in Miami?
CHARLES: Twitter is something else, before you know it, you’ve gotten yourself into something like [my stylists] Katrina and Lolita. I was concentrating on taking my business to the next level and they’re over there tweeting about a hair show. They’ve tried to get me on the road for the longest, so I decided to go to Miami, get on stage and show the world what I can do. When you see it don’t laugh at me, a brother went for it!

ESSENCE.com: Is the tense relationship between you and Sean best attributed to growing pains?
CHARLES: Yeah, deep down Sean’s a serious hair stylist but he doesn’t want to do hair. Many stylists want to be performers but if you don’t have that opportunity, you can command attention behind the stylist’s chair because you have an audience. I think that’s what Sean wants to do so he gets frustrated but he has the potential to be more successful than me. I try to teach all of my assistants about more than doing hair, but the business. God gave me the opportunity to be a leader, like a pastor over a flock, so my responsibility is to teach.

ESSENCE.com: Are you and ex-wife Jackee reuniting?
CHARLES: Our son tries to get us back together but during the show you saw us having lunch. She wanted to go into business together. I can’t tell you what kind of business; you’ve got to watch! Actually, Jackee and I are co-parenting our child, Frank, under one roof.

ESSENCE.com: Wait, you two divorced but live together?
CHARLES: We moved in together after the lunch date. Now, wait, I can’t tell you everything! We separated in 2003. What had happened was… well, you’ll have to ask Jackee.