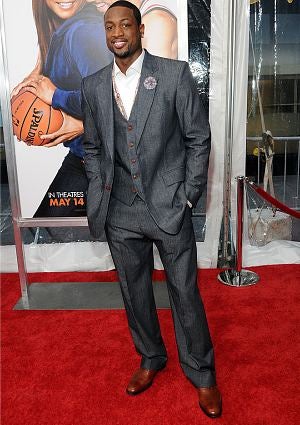 It’s not often that a father is awarded custody of his children, so maybe Miami Heat guard Dwyane Wade is doing something right. Or perhaps his estranged wife Siohvaughn Wade is doing something the courts don’t like. A judge granted Wade temporary custody based on findings that his visitation with sons, Zion and Zaire “has been frustrated on an ongoing basis as a result of continual interference” from his ex-wife. Siohvaughn’s behavior in the past few months hasn’t helped her case in or out of court.  Apart from suing actress Gabrielle Union, the 30-year-old mom left a Chicago court before signing documents the judge had ordered her to sign regarding her divorce. She’s also on her ninth divorce lawyer and was recently arrested for failing to appear in court. Wade is asking for full custody of his two sons, ages 3 and 8. The custody trial resumes in July.