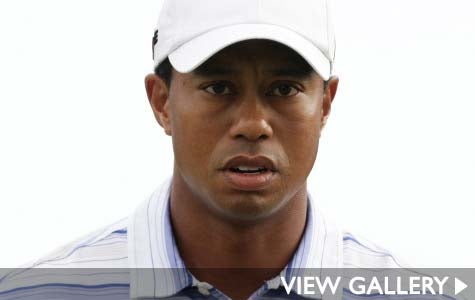 For many fans, Tiger Woods’ cheating scandal came out of nowhere, tarnishing his squeaky-clean family guy image forever. Relationships expert Dr. Michelle Callahan, TV host of “Wedlock or Deadlock” tells us why athletes, even super straight ones like Tiger, stray.

ESSENCE.com: Why does cheating seem like an epidemic among athletes?
MICHELLE CALLAHAN: The cheating with celebrity athletes is such a part of our culture because women are lured by the fantasy of fame, money and the white picket fence taken to the extreme. They meet a famous athlete, and those who marry them picture being with someone everyone else adores…[and being] the one he chose. Women see themselves living in the lap of luxury with all the money in the world, having whatever they want and spending lots of time with this person. The “other women” just fantasize about being with [him] for five minutes. That is the fantasy.

ESSENCE.com: What are the realities of being an athelete?
CALLAHAN: The reality for of a lot of the wives of celebrity athletes is that the celebrity athletes are going to travel without them and they will lead very separate lives. Many of the star athletes’ wives feel like single parents raising kids alone, because their partners are traveling the world much of the time. Since the woman is not with her partner, the fame, the power and the wealth attached to the athlete creates much more of an opportunity for the celebrity athlete to get into trouble, more trouble than the average man. More women are eager and willing to throw themselves at the athlete.

ESSENCE.com: Who are the women these celebrity athletes are cheating with? Why do they cheat with them?
CALLAHAN: There are different “types” (Dr. Michelle talks about the ten types of women in her recent book “Ms Typed“) of women. Some of the women are throwing themselves at athletes day and night… the reality is that the women who want to be with these men can be relentless. So if a man is worshipped by the public and famous, it makes the pursuit even more exciting. Other “types” of women are happy for the sex, the attention and the perks, like the time you can spend with a married man, his gifts and the trips. Perceived intimacy is more fun and dependable than a single guy who may not call. He can’t hang out close to home, so he jets you away. Add the celebrity and that time and connection becomes exponentially more special, because a world famous, rich person who could have anyone he desires is choosing you.

ESSENCE.com: And if that athlete is Tiger Woods, the lure is even greater. Why?
CALLAHAN: Because he is one of the most famous and wealthiest men on earth, but he is a known family man. How many other star athletes in any field can we say we know their parents?!!?

When you heard about Tiger Woods, it was about his Dad, and his Mom and everyone knew when his Father died, and how difficult that was for Tiger. Tiger wasn’t seen hitting strip clubs; he was always a straight arrow. [Cheating] completely goes against the image we all had of him. So if you are a “type” who is lured to feel special by being with a celebrity athlete–the lure is much more powerful because Tiger was known as a good, solid man…a family man. How special are you if you are the one to get him to stray? Women can fool themselves into justifying [Tiger’s] behavior, especially with someone like Tiger who was publicly sooo straight laced, honest and dependable. Most peoples’ reaction to the girls, the voice mails and the texts is, “NOT HIM!” Tiger is part of the fantasy. They want him to be their husband, the father to their kids. They need that to make themselves feel good about the fact that they are cheating.

ESSENCE.com: What are some things these men tell the women the cheat with?
CALLAHAN: Cheating men usually have a “story” about why they cheat: the loveless marriage–no sex, not having intimacy–arguing, staying for the kids, being misunderstood by their wife. The mom and nurturer kicks in for a woman. She will understand him and be there for him–sexually and without pressuring him with the ins and outs of everyday life. If he is a famous athlete, that fantasy is just intensified…that longing to be “the one” he turns to is that much more of an allure. A woman tells the man, “You can talk to me–I will be all of the things that she isn’t.” And even if you were only in it at the start for the thrill, the sex, you can start to get convinced. You think, “He could leave her for me. If he is only in his relationship for the kids, and he is a family man, he will want to be in another family.” The young woman who came forward yesterday with the texts and the voicemails and alleged years of connection with Tiger probably felt she was the only one. She might have been thinking that it was just her, and Tiger’s wife and that if Tiger was cheating on his wife with her, to be with her, then she stands a pretty good chance he would leave his wife for her.

ESSENCE.com: How much does the groupie theory play into famous athletes cheating?
CALLAHAN: Groupies are a constant reality for these athletes. It’s similar to the ten dating types in my book: There is the “sex machine” who likes to party and have a good time. Deep down secretly she wants a relationship, but the sex is the best for now. She thinks, “We have this special connection that no one else has.” There are also “drama queens” that love the challenge of chasing him and fighting for him. They make noise in the background if someone calls. They aren’t discreet for him, or themselves, in any way. If you want to do something freaky and outrageous, the groupies around you are all doing the same thing. It starts to feel normal and acceptable. If a young girl has one night in a hotel room with a celebrity athlete, even in a group of girls…even if he never calls again, it was better than a Blockbuster night. She has a story for all time. She doesn’t care that he’s married because she had the best time ever!

ESSENCE.com: Is there a racial component?
CALLAHAN: Black women who are not comfortable with or are not in support of Black men being with White women may have a hard time dating and being intimate with a guy who does date interracially, or in this case, is married to a White woman. They don’t want to think about that guy being with a White women. It could lead her to assume he only calls if the White woman is not available…and that wouldn’t fly for a Black woman.

Dr. Michelle Callahan is a developmental psychologist, relationship expert, and the TV host of “Wedlock or Deadlock.” The author of “Ms. Typed: Discover your true Dating Personality and Rewrite Your Romantic Future,” Dr. Michelle has offered up her helpful relationships advice on a number of TV programs, including “Oprah,” “Today,” and “Tyra.”


The views and opinions expressed in this commentary are solely those of Dr. Michelle Callahan and do not reflect those of ESSENCE or ESSENCE.com.