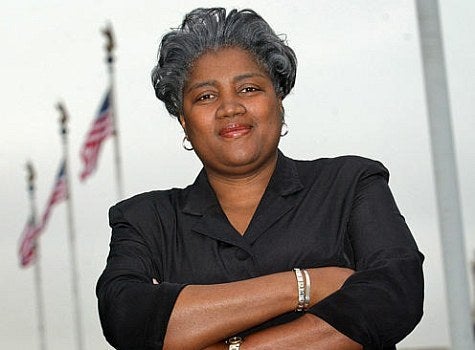 While conventional wisdom says that Republicans have the midterm elections in the bag — with more enthusiasm for the Party, plus undecided folks who are unhappy with incumbents — two new studies show that Democrats have a secret weapon: Black voters. According to a survey conducted by The Washington Post, the Kaiser Foundation and Harvard University, 80 percent of Black Democrats are just as interested in the midterms as they were in the 2008 presidential election, when their historic participation helped elect Barack Obama. A report by the Joint Center for Political and Economic Studies found that African-Americans are concentrated in districts with competitive races, meaning they could make the difference in who controls the House and Senate… Meanwhile, in the weeks leading up to Election Day, Democrats have directly courted our community with radio spots and newspaper ads. ESSENCE.com talked to Democratic political strategist Donna Brazile about whether the Party has done enough to animate African-American voters, what’s at stake in the midterms, and why Black women in particular hold tremendous power. ESSENCE.com: We know that a majority of African-Americans have a favorable opinion of the President, but will that translate to votes on Election Day? DONNA BRAZILE: Every electoral season is different. There are different issues, personalities and candidates at play. Normally in midterm elections, like the rest of the country, Black turnout falls behind because it’s not a presidential year. One problem facing the Democrats this year was to re-engage the so-called “surge voters” of 2008 and get them excited about the midterm election. ESSENCE.com: How do you think Democrats have done, with regard to engaging African-Americans? BRAZILE: I think African-Americans are clearly more engaged today than they’ve been over the past 18 months, in large part because they understand that President Obama’s agenda — which has invested in education, healthcare and helping to revive the economy — is under fire by those running against the President. They have vowed to repeal the health care law and the minimum wage, and to cut back drastically on government investment in key infrastructure programs. Black voters are informed about the consequences of allowing Tea Party candidates to take control of the government, but at the same time, in midterm elections it’s very difficult to mobilize voters on a national level — you’ve got to mobilize at the state and local level. ESSENCE.com: With sky-high enthusiasm among conservative voters, how do you think that will play out on Election Day? BRAZILE: Polls are just a snapshot in time. History suggests that the party in power will lose seats. The question is: Will they lose 20 to 25, which is historically the norm, or will they lose more, which would cause Democrats to lose the House? We do know there’s energy on the Republican side in large part because the Tea Party has been the dominant news story of the electorate. But that doesn’t mean that the Tea Party will control the night. We’ve been focused on the Tea Party since the election of Barack Obama, almost to the exclusion of everything else. As a result of that, there’s an exaggerated sense of their self-importance in the electorate, when in fact the surge voters of 2008 may reemerge as the story for 2010. The Republicans haven’t won anything yet. ESSENCE.com: So you’re not worried about the so-called enthusiasm gap? BRAZILE: While polls show an enthusiasm gap, that gap has been closing over the last couple of weeks. Look at it like a dance — Republicans get to the party when they know the refreshments are out, while Democrats often come to the party late. We normally focus on voting when it’s at least two to three weeks out; we don’t focus six months out. If you look at these polls, in most of the samples they use, African-Americans and Latinos represent less than 20 percent. When you look at the surge voters of 2008, the surge came from Black women. Sixty-nine percent, almost three-fourths, of Black woman cast their ballots. If we can get two-thirds, sixty percent, this time to turn up, that will make a large difference in whether or not Democrats retain control of the House and Senate. We have such untapped potential, and we have to leverage our power. It’s going to be a very interesting night, and nobody can predict exactly how it will end.