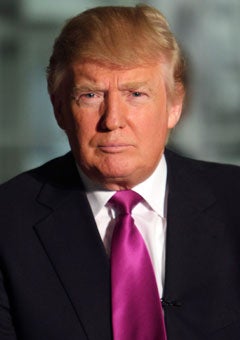 As a country that prides itself on being a “meritocracy” and in loving those underdogs among us who come from nothing and make it good in life, we sure got it wrong in how we have questioned our First Black Commander in Chief as of late.

For whatever you think about President Obama and his policies, he is that American success story to which we all aspire. A Black kid from a single-mother home, no father to guide him, raised largely by his maternal grandparents. A kid who is wayward at first, then pulls himself through, learns to value his education and from there he gets an Ivy League education, marries a great gal, has a family, gets elected to the U.S. Senate and then goes on to become President of the United States.

Isn’t this what America is about? Isn’t that what we want from more of our young Black men in America? So, why are we beating this role model down at every turn, probing him, questioning him in ways we have never done before about a President’s faith, birth, and education?

Let me be clear, the beauty of America is that we do have freedom of the press and the right to question and probe our leaders. I support that right. But to allow a rambling, self promoting, four-time bankrupt business mogul turned reality TV show host (which often has Black women fighting and demeaning each other), with very bad hair and an even worse attitude, berate the President of the United States to such a degree that he has to stop doing his job and present his birth certificate — it is something that should embarrass us all.

The question that I as an African-American, and many African-Americans are wrestling with is why has someone like this been elevated to such a level where our media and our citizens have hung on his every word and allowed him, without rebuke, to literally bring the mechanism of government to a halt. I seriously doubt that Rev. Al Sharpton or Rev. Jesse Jackson could have raised such questions about President George W. Bush or President Ronald Reagan and have been taken seriously, much less covered by the mass media.

I suggest respectfully, that it is because Mr. Trump is a rich, white male, of celebrity and position. To watch Trump talk is to see his pores oozing with entitlement as he questions a Harvard Law School Magna’s credentials. Trump himself attended Fordham undergraduate and the prestigious Wharton School at U. Penn for his Master’s degree, but he did not graduate as a Magna. I know that me saying that because Trump is a white male that this is why we listen to him will not be a popular position with my some of my fellow Americans. But at some point we have to call things as they are — not as we wish them to be. Trump is race baiting, and it is ugly and it hurts our standing as Americans and as a nation.

I am asking my fellow Americans who are not of color, who have joined in this birther movement, and now the anti-affirmative action rhetoric against their President, to ask themselves some hard questions. How is this elevating our nation? How is this bringing us closer as Americans? Why are you willing to listen to a several-times-divorced dude who likes younger women and is still having babies at 65 versus trusting the word of the popularly elected, once-married, devoted husband and father, Ivy League-educated President of the United States?

I know that for many, this has nothing to do with race, but really it does. The sense of entitlement, many of these middle-aged white men feel, to question our President on everything from his citizenship to his faith — is just stunning. But let us all be clear, that beneath the rhetoric is the ugly veneer of race and who is entitled to what in this country. Men like Donald Trump, Pat Buchanan, and the birthers all feel as though the President (3years into his term) is illegitimate despite all of his glowing credentials.

No white President has ever been talked to or treated in such a manner. Ever. Even those we knew were marginally intelligent or capable. Yes, presidents have been called dumb, immoral and senile. But none of those good men were subject to attacks on their birthplace, on their belief in Christ versus Islam, or on their right to attend the colleges they did, even though we know for a fact that President George W. Bush was a legacy admit to Yale. As were President John F. Kennedy and others before him. All white, all male, all approved without question.

Sophia Nelson, is a national columnist that covers politics and culture in Washington, DC. She is author of the forthcoming book, “Black Woman Redefined: Dispelling Myths and Discovering Fulfillment in the Age of Michelle Obama.”