Don King is in headlines again, this time for his confusing and frankly offensive behavior at a campaign stop for Donald Trump in Ohio.

As we initially reported, King — eager to get his point across about the importance of voting for Trump — introduced the GOP nominee to a group of Black pastors in Toledo, Ohio Wednesday afternoon while dropping the n-word at the same time.

“America needs Donald Trump. We need Donald Trump, especially Black people. Because you’ve got to understand my Black brothers and sisters, they told me you’ve got to try to emulate and imitate the white man and then you can be successful – so we tried that.”

But this isn’t the first the famed boxing promoter has found himself in hot water. Frankly, it’s surprising that he’s been out of the headlines this long.

1) HBO Produced A Movie On His Life, ‘Don King: Only In America’

Famed investigative journalist Jack Newfield wrote Only In America: The Life And Crimes of Don King and exposed the true life of the famed boxing promoter. Before HBO was known for its original television shows, the network made a name for itself by producing original movies. Newfield’s book was then adapted as a television movie in 1997 starring Ving Rhames as King. The movie received critical acclaim with Rhames winning the Golden Globe for Best Actor in a Miniseries or television series.

2) He Served Jail Time For Manslaughter

Long before he was the world’s most famous boxing promoter, King ran a gambling and loan shark operation in his hometown of Cleveland, Ohio. Even back then, King was known to be ruthless when it came to business. Sam Garrett reportedly owed King $600 and was beaten to death over the gambling debt. King was convicted of nonnegligent manslaughter in 1966 but only served four years for the crime. Ohio Gov. Jim Rhodes eventually pardoned King for the crime in 1983. Ironically, the Cleveland city council is reportedly considering renaming the street where Garrett was killed after King. 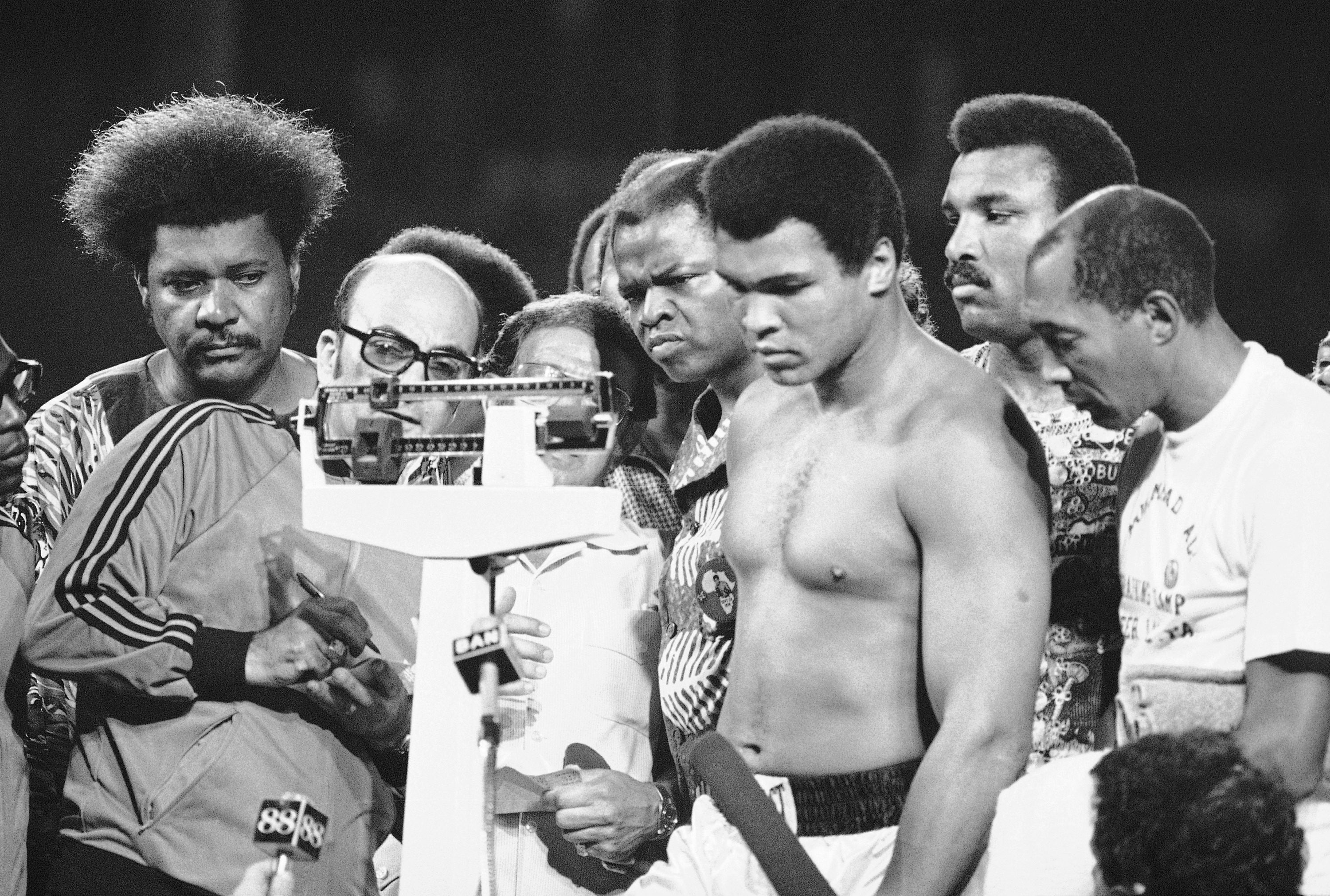 Despite being a convicted murderer at this time, King was able to arrange the ‘Rumble in the Jungle’ with music businessman Jerry Masucci. He also managed to get Muhammad Ali and George Foreman to sign separate contracts for the fight. Unable to generate the money for the fight, he sought out an outside country to sponsor the event. The historic fight took place on October 30, 1974 in Zaire, now known as the Democratic Republic of Congo. The fight was featured in the documentary Rumble in the Jungle and When We Were Kings. The famed photo of Muhammad Ali standing over George Foreman hangs in President Obama’s private study in the White House.

King has literally had his hands in everything. He managed the Jacksons comeback tour, which was the only tour to feature all six Jackson brothers. King and the other promoters of the tour reportedly came up with a plan to make extra money from ticket sales on the tour but Michael was against it and put an end to it. Michael even threatened to sue King because of a negative statement he released about it. The tour was very successful but it permanently fractured the relationship between Michael and his brothers for the rest of his life.

From Muhammad Ali to Mike Tyson and Lennox Lewis, King has been sued by many of the boxers he promoted. He allegedly settled his dispute with Ali by paying him with a suitcase of $50,000.

Most millennials were originally introduced to Don King as Mike Tyson’s boxing promoter. But Tyson and King have had a contentious relationship for nearly 30 years. Although King helped Tyson get rich, he allegedly took advantage of Tyson and bamboozled him out of millions of dollars throughout his career. Tyson sued him for $100 million dollars but settled for $14 million. Tyson admitted to kicking King in the head and said in his documentary that King would kill his own mother for a dollar.

7) He’s Always Been In To Politics 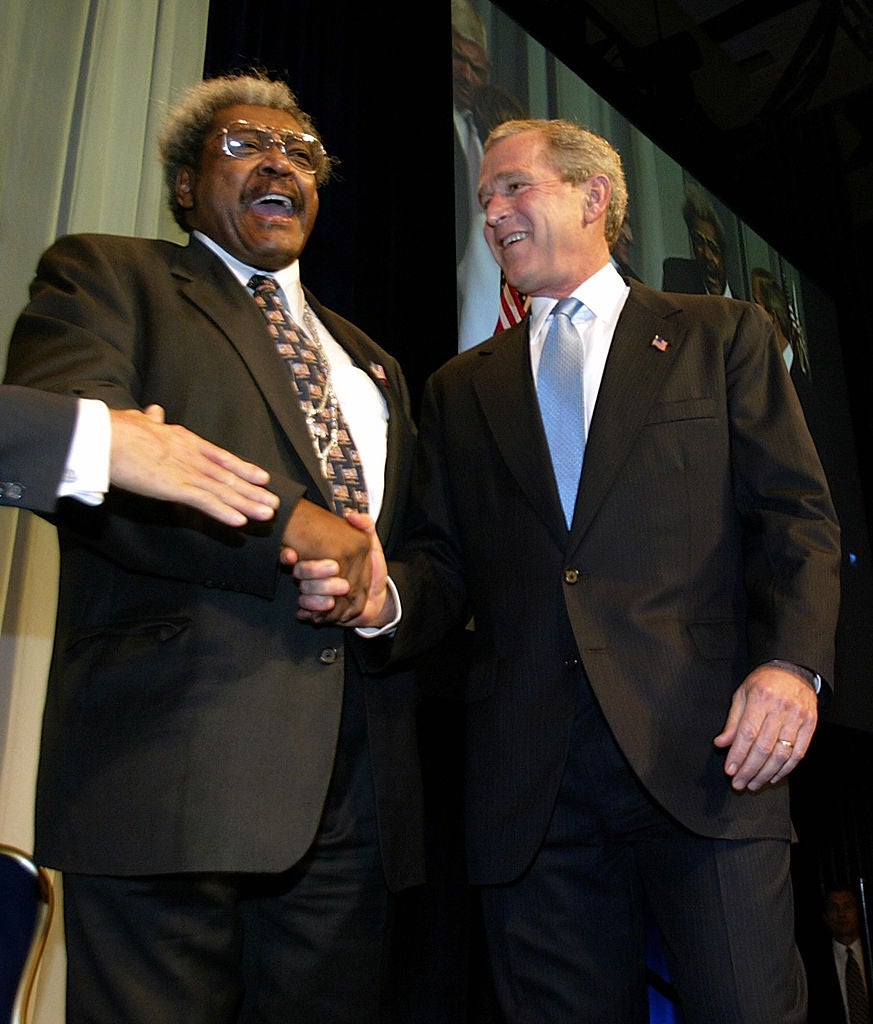 Despite the awkward Donald Trump moment Wednesday night, that wasn’t the first time King immersed himself in politics. He famously endorsed President George W. Bush in 2004 saying: “Oooh! I get a passion. I’m getting excited right now when you said that. George Walker Bush — he’s tough-minded but he’s tenderhearted. He’s trying to reclaim that glory of that American Dream for all Americans. He put African-Americans in top policy positions higher than any president. He took two people, black, and put them in charge of 300 million people for their security.” He endorsed President Obama in 2008 and even praised Hillary Clinton in 2014. We don’t know why he’s supporting Trump but we’re sure there’s something in it for him.