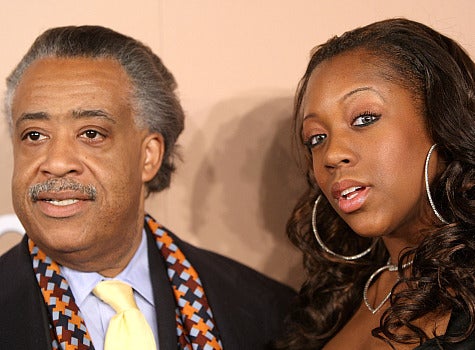 Yesterday, police charged the boyfriend of the Rev. Al Sharpton’s daughter Dominique with misdemeanor assault for hitting his girlfriend in the mouth, according to NY Daily News. Twenty-three-year-old Latrelle Peeks, who stands six feet and seven inches tall and weighs 250 pounds, allegedly hit Dominique in the mouth and made her get out of a vehicle during the couple’s break-up in Harlem, NYC on Tuesday. Dominique, also 23, reported the altercation to police and got treated for a cut lip at Harlem Hospital. She told police she did not want them to arrest Peeks; however, it is NYPD policy to charge offenders of domestic violence even without the victim’s cooperation. Read More: