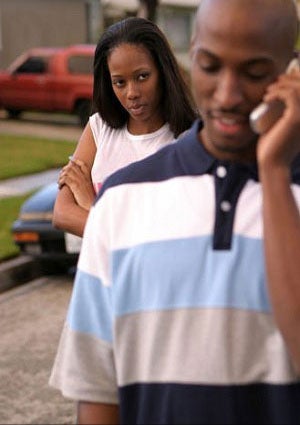 If it seemed bad before to have been cheated on or know someone who has been cheated on, perhaps this might ease the pain: cheating is a medical disorder! According to Dr. Abby Rosen, author of a new book called “Lasting Transformation,” there is a diagnosis for cheaters that she calls NCCDPD — also known as Narcissistic, Critical, Controlling and Domineering Personality Disorder. Yikes! Dr. Rosen says men with NCCDPD typically grow up in households with lots of criticism and anxiety. As a result, these men tend to feel great anxiety when vulnerably, which leads to angry, critical, domineering behavior which they often express in their relationships. If things aren’t going their way, they’re likely to stray. Warning sides of a man with NCCDPD include egotism, selfishness, an inability to be empathetic and the need to be the center of attention and be admired. If you’ve got a man with these tendencies, Dr. Rosen would have you watch out — he might be a cheating dog. The best way to deal with a man with this odd disorder, Dr. Rosen says, is to deal with it head on. Great advice.