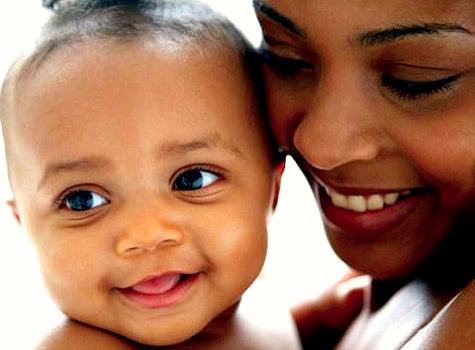 Momlogic blogger Kimberly Seals Allers recently wrote about her fear of sending her son to kindergarten. Besides the common jitters most parents experience on the first day, Allers spoke of an anxiety that “only Black mothers can understand.” How could she “ever raise a Black man in a world that is statistically stacked against him,” she asked. And so began her work of making sure “every teacher, principal, or school administrator will see [her] son for his brilliance and not the statistic or stereotype this world often perpetuates.” That someone like Allers fears that her child will make out negatively in American society despite her best efforts may appear extreme to some, but throw racism, educational inequality, poverty, poor housing and gender disparities into the pot and Black parenting becomes that much more challenging. Certainly most Black parents can relate to the idea of having to continually affirm their children despite what the world outside is telling them. “There’s certainly less room for error when raising a Black child,” says Lawson Bush, author of “Can Black Mothers Raise Our Sons?” “The need to be more precise and correct is more pressing to us. You can’t let them go off to school without having a conversation about what the school is telling them about themselves. “We have to be in charge and vigilant on every level because they’re constantly being bombarded with negative concepts: think badly of yourself, think of yourself as a gangster. Think of yourself as dead by 25 or in prison.” The message is that our Black children are “less than” start from birth. I’ll never forget a teacher telling me that my three-year-old son seems afraid of White children and that I need to expose him to more “Whiteness” (read: White culture/values/prejudices). While she may have been giving me what she felt was good advice, here’s what I heard: Black mother doing her best to raise a Black boy with a fairly healthy sense of self = FAIL. It’s these societal messages that drive Brooklyn mom Natasha Gordon-Chipembere, a professor at Medgar Evers College, to be vigilant about what her two children are exposed to. “As a Black mother I am very clear that in every aspect of my children’s lives, I have to act as a filter from what society is pumping at them, so that means we’re a TV-free family. We don’t have any kind of war toys or guns. They’re not even allowed to talk about prisons or guns or war in their play though they understand about prisons, cops and war in real life.” It’s hard to imagine that mothers of other races are dealing with statistics such as “one in four Black men will enter prison at least once, compared to only one in 23 White males having the same experience” or that 3 in 100 Black males entering kindergarten will go to college. How’s this one for a doozy? Sixty-nine percent of Black children in America cannot read at grade level in the 4th grade. Enough. Stop. Breathe. The statistics about what can become of Black children are staggering, disturbing, endless, and clearly indicate there are many different “American” realities being lived in one country. For too long the issues of the Black family have been blamed on the Black woman. In Daniel Patrick Moynihan’s now infamous report of the 60s, “The Negro Family: The Case for National Action,” he declared that the Black family was broken because “almost one-fourth of Negro families are headed by females.” The onslaught continued on Black mothers when Ronald Reagan’s portrayal of Black women made it as far as the “welfare queen” who, coincidentally, was also responsible for birthing “crack babies.” Again, an attack on Black mothers. Stop. Breathe. “I don’t think it’s fair to ask whether Black mothers have it harder because a lot of different factors can impact how well you’re able to parent, like your class,” says Tami Winfrey Harris, editor of Love Is Not Enough, a blog about parenting and race. “But I do think that Black motherhood has never been as valued as White motherhood in this country.” “We saw a lot of how Black motherhood was viewed with the reaction to Michelle Obama when she first hit the public eye and you heard White feminists decrying the fact that people were trying to paint her as a mom. A lot of Black women looked at that and said, ‘Well we’re never viewed as mothers even though we’ve been taking care of not just our own children, but other people’s children for centuries,” adds Harris. The challenges Black moms face are not new to our generation, of course. But the support systems our mothers may have enjoyed (the grandma’s, the aunties) have slowly disappeared. Unlike our “Mom-In-Chief” Michelle Obama, who is blessed enough to have her mother helping to raise her daughters; most of us do not have that option. And so the job of raising our children is left to our nuclear family, to daycares, and to babysitters. Motherhood may have many meanings but what I have learned from the women I know is that Black motherhood means having to put in the extra work to make sure your children have the best opportunities. I always tell my son the story of how President Obama’s mother would often wake him up at 4:30am to study. It’s to remind him that as a Black child, you have to work that much harder, but mommy, like countless Black moms before her, will be vigilant in all aspects of his life in order to give him the chance he deserves. Read More: