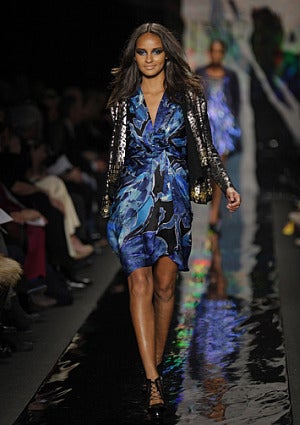 The fashion industry is without a doubt making strides, whether tackling issues surrounding weight or supposed eating disorders. But one issue it can never quite move away from is that of race. Jezebel.com recently released it’s annual tally of models of color walking runways and found that about 16% of the nearly 4,000 models hired at New York Fashion Week were women of color. Of that figure, only 8% were Black. Judging by this year’s figures it seems like designers are no longer as excited to celebrate diversity as they were in 2008 when nearly 18% of models were either Black, Latina or Asian. 18% is, of course, not much of a difference, but it was a step in the right direction from 2007 shows in which nearly 100% of the models were White. That’s not to say that designers had exclusively White models in their shows this year (only three did so) nor that the presence of Black models could not be felt and witnessed, but “runways did not look like a global melting pot,” writes Washington Post fashion critic Robin Givhan who gives the industry credit, but also recognizes that “it was not a United Nations dressed in sample sizes.” Let’s hope that by continually highlighting the lack of diversity on runways designers can start presenting models (and shows) that better represent the world we live in. Read More: