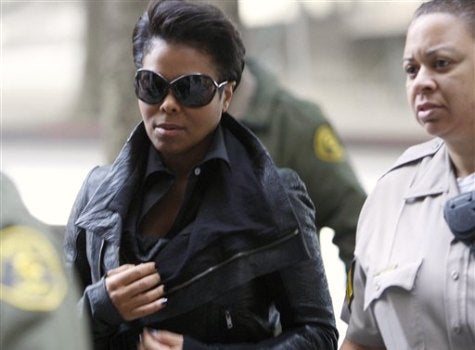 On Tuesday, a somber Janet Jackson attended Dr. Conrad Murray’s pre-trial hearing where Judge Michael Pastor ruled that Murray will stand trial on the involuntary manslaughter charge in the death of Michael Jackson.

Judge Pastor also suspended Murray from using his California medical license until the trial is complete. During the final arguments, District Attorney David Walgren said to the court, “Michael is not with us today because of an utterly, inept, incompetent, reckless doctor, the defendant Conrad Murray.”

Prior to the judge’s ruling, the prosecution called their expert witness, anesthesiologist Dr. Richard Ruffalo, who, according to the Los Angeles Times, admitted that the small amounts of Propofol found in Jackson’s stomach were not consistent with ingesting the drug, but under cross-examination, he acknowledged he made a mathematical error in his calculation and said ingestion “would seem to make sense.”

The confession bought gasps from Jackson’s family because it supports the defense’s theory that Jackson may have given himself the fatal dose of Propofol, an anesthetic used for surgery, by pouring the drug into the juice bottle by his bed, when Murray stepped out of the room for two minutes.

However, Ruffalo still holds Murray accountable since he left the powerful drug in Jackson’s presence. “It’s like leaving a syringe next to a heroin addict,” Ruffalo said. “If he’s not getting what he wants, when you leave the room he might reach for it himself. Either way, it doesn’t matter. He abandoned his patient and didn’t resuscitate appropriately.”

Prior to Ruffalo’s testimony, Dr. Christopher Rogers, chief of forensic medicine for the LA County Coroner’s Office, also testified that even if Jackson injected himself, Murray is still guilty of homicide because he should not have been administering Propofol outside a hospital. Furthermore, he should have anticipated what Jackson may have done with the Propofol. “He gets upset if he doesn’t get his milk,” Rogers said, referring to Jackson’s habit of referring to the anesthetic as his “milk.”

TMZ reported that Rogers, who performed Jackson’s autopsy, said he doesn’t believe Murray only gave the sleep-deprived singer only 25mg of Propofol, like he told the police in an interview two days after Jackson’s death. Rogers noted that if he was only given 25mg of the drug, he would have awakened after three to five minutes of sleep.

Murray is to return to court for arraignment Jan. 25 and is expected to again plead not guilty. Members of the Jackson family would not talk about the trial as they left the courtroom on Tuesday, but CNN reported that LaToya Jackson was visibly upset as her brother was being painted as an addict.