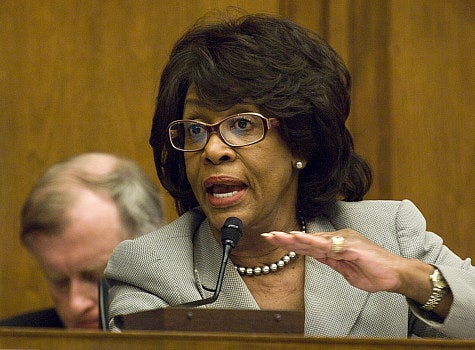 Los Angeles Representative Maxine Waters was one of the first members of Congress to visit Haiti in January after a major earthquake ravaged the island nation. As stories have faded from headlines, she has stayed focused on relief. White House correspondent Cynthia Gordy spoke with Waters days before her second mission to Port-au-Prince, about challenges in the recovery, criticism of the official in charge of U.S. aid and her goal to wipe out Haiti’s debt. ESSENCE.COM: Can you describe what you saw in and around Port-au-Prince when you arrived? CONGRESSWOMAN MAXINE WATERS: As frightening as the TV reports were, to get on the ground and see for yourself was unbelievable. The devastation is indescribable. Buildings had literally crumbled, and you saw rescue teams pulling people out from the rubble. There were people needing medical care everywhere. I worked closely with Haitian doctors from the Diaspora, mostly from the United States, who set up a medical facility in a park. They were taking care of severe injuries and doing amputations. Senior citizens were literally sleeping on the ground, hungry. It’s a nightmare that I shall never forget. ESSENCE.COM: When you returned, you said there was a critical need for “macro-level organization and coordination of the relief effort.” What do you mean? WATERS: When you have a disaster like this, there has to be a plan for not only how you move food and water, but also how you get into areas further from where the supplies are stored. You have to coordinate who’s going to be responsible for transportation and security. You’ve got not only the UN and US AID who are kind of in charge, but you have other agencies coming in–the Army, NGOs and nonprofits from all around the world. Indeed it was difficult, but they did finally get it together. ESSENCE.COM: Some lawmakers have criticized the new US AID Administrator, Rajiv Shah, for having little experience in emergency management and not having a clear plan of action. Do you think these initial problems were due to his inexperience? WATERS: US AID had other people on the ground with years of experience, and they were going to kick into action whether or not the new Administrator knew how to deal with this type of disaster. I think he is like the CEO of a corporation. They come with a certain management expertise, and a certain amount of education about how the system should work. They combine their expertise with the experience of people who have been doing emergency relief, and they’re able to discern what makes good sense. So I think he’ll be fine. ESSENCE.COM: President Preval told you that Haiti needs about 250,000 tents to adequately house people in need. Have you made any progress in getting tents? WATERS: I’m very disappointed about the inability to get the tents on the ground. US AID felt they wouldn’t be able to get all of the tents, so they have this blue plastic sheeting to distribute with a plan for creating frames to wrap it around, to use as shelter from the rain and storms. The UN was really trying to get these Army grade tents, and tried to find them all over the world. It was not easy. To date they’ve not been able to get nearly enough tents. The Haitians have started to build their own shelter using materials they find in the rubble, and the US AID has been passing out thousands upon thousands of sheets of plastic. When the hurricanes come it’s going to be extremely bad, so this is a big problem. And we don’t have all the answers yet. ESSENCE.COM: Last month you also introduced legislation to cancel Haiti’s debt. How has this been received by your fellow lawmakers? WATERS: I’ve had a very good response from my colleagues, with over 90 members of Congress who have co-signed my legislation. I’ve sent a letter directly to Treasury Secretary Timothy Geithner, who is responsible for our connection to the IMF and World Bank where we’re going to get debt relief. So I’m optimistic that we will get additional debt relief. I already have about 1.9 billion that I got as of last June, and if the bill passes we will get another 800 million in debt relief for them. We’re also asking the IMF and World Bank to extend grants to Haiti. We don’t want any more loans–we want direct grants. And I feel confident we’re going to get that too. Read More: