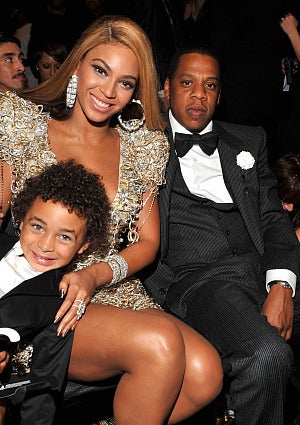 “It’s so much in my life that’s undone/ We gotta see eye to eye about family/ Before we can become one.”–Common, “Retrospect for Life” The recent rumors of Beyonce being pregnant, which were quickly shot down as false, reminded me of a recent Jay-Z interview with Kingsize, a Swedish magazine, where he talks (yet again) about wanting children. An excerpt: Interviewer: You’ve just turned 40 years old, do you have any plans for starting a family soon? You and Beyonce talk about that? Jay-Z: “I’d like to be a dad some day and I love children. You start your life with expectations and dreams, then life unfolds and it doesn’t always turn out the way you imagined. Life is what it is. And at this point, it’s up to somebody else.” The feedback fell into two camps: those who thought that Beyonce was an “attention whore who only cares about [her] career” and is “too greedy for fame” and should put her career on hold to give her husband some kids (based on their screenames, these appeared to be women.) And then there were those who thought Jay should stop moaning and acknowledge that his young wife is at the top of her game, just as he was at 28, and it was selfish of him to expect Beyonce to put her career on hold to have a child. For the women on Team Jay, the argument went: “They on Forbes with all kinds of riches… Why can’t you just give this man some kids? You can have kids and still have a career”  or “All the money in the world and she talking bout 5 to10 years, [what]  is wrong with her?” This commentor is referring to another magazine interview in which Beyonce said she didn’t want kids for about 5 years. And from the women on Team Bey: “If the woman does not want children, she should not have them because she will end up resenting them. That is not motherhood, it’s torture” and “Who says because you are almost 30 years old, that you are ready to have children? I suggest some of you stop rushing to have kids and wait until you are mature enough so the next generation of children won’t be plagued with teen pregnancy, drugs, STDs and violence.” Clearly, my womanist sensibilities–and probably because I’m not yet gung-ho for kids of my own–put me on Team Bey (as if Bey and Jay aren’t one in the same team). It’s a no-brainer that children change your life, and that the primary responsibility of childcare and rearing often falls on the woman. Bey doesn’t strike me as the type to have a nanny doing the primary raising of her kid, so I know her career would have to take a serious pause. That’s asking a lot of a woman with her demonstrated professional ambition. And, I imagine having a child before you’re ready can be a fourth level of hell for the mother and child alike. If a woman isn’t ready, she just isn’t. But what if you are ready for a kid and your man’s not? Then what? Are those who want children expected to shut up and wait? (An easier proposition for men, since they’re not on the same clock.) Or, if the man is ready and his woman is not on birth control of some sort, does he intentionally get her preggers anyway? (Not ethical, but don’t act like it hasn’t been done.) Or if you’re a woman and you want a kid now, do you get preggers anyway and deal with the fall out? (Terribly easy if you’re married, women do it all the time.) For the sake of our pondering, let’s discuss this scenario as it pertains to married folks (we always talk about singles although the majority of Black folk do get married. In fact, almost 70% of Black women are married by their early 40s, according to a 2009 Census Bureau Report). What do you do? Who has the say so? Is this one of those scenarios where if both parties don’t say “yes” the answer remains “no?” Discuss. For more A Belle In Brooklyn stories, click here. Read more: Demetria Lucas is the Relationships Editor for ESSENCE Magazine and the author of ABelleInBrooklyn.com. Follow her on Twitter @abelleinbk for her musings about dating, men, and “cutie runs.”